The airport serves as the main hub for Alitalia, the largest Italian airline and Vueling, a Spanish low-cost carrier owned by International Airlines Group. Based on total passenger numbers, it is the eighth busiest airport in Europe and was the world's 34th busiest airport in 2013. It covers an area of 29 square kilometres (7,200 acres) and is named after the most recognized polymath Leonardo da Vinci, who designed the first proto helicopter and a flying machine with wings in 1480.

The airport was officially opened on 15 January 1961, with two runways, replacing the smaller Rome Ciampino Airport, which remains in service for some low cost airlines as well as domestic and charter operations. During the 1960s, Alitalia invested heavily in the new airport, building hangars and maintenance centres; in the same period a third runway was added (16L/34R). Despite being officially opened in 1961, Leonardo da Vinci–Fiumicino Airport had actually been in use since 20 August 1960. This was to help relieve air traffic that was congesting Rome Ciampino Airport during the 1960 Summer Olympics.[4]

Several projects are planned. These include the construction of an environmentally-friendly cogeneration system, which would allow the airport to produce its own energy; construction of Pier C (dedicated to international flights) with 16 additional loading bridges, to handle the expected growth from 38 million passengers per year[when?] to 55 million by 2018; and the "Masterplan Fiumicino Nord", involving four new terminals and two new runways to be built by 2044, when there are estimated to be 100 million passengers per year.

In 2000, the new domestic Terminal A opened, and the terminal buildings, then consisting of Terminal A (with Pier A), Terminal AA, Terminal B (with Pier B) and Terminal C (with Satellite C), were reorganized. In 2004, the new Cargo City terminal opened. In 2008, Terminal 5 opened for check-in for American carriers and El Al. Passengers are then bused to what was then called Satellite C. The terminal serves 950,000 passengers per year. In 2009, the terminals were renamed — A was renamed T1, AA was renamed T2, B and C became T3 and T5 stayed the same. 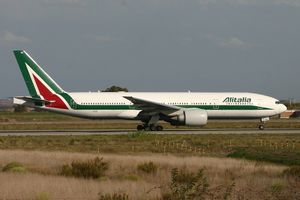 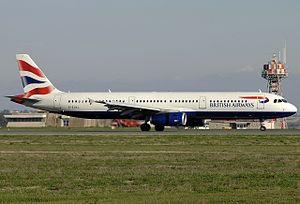 A British Airways Airbus A321 taxiing at Fiumicino 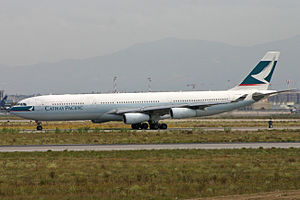 A Cathay Pacific Airbus A340-300 taxiing at Fiumicino 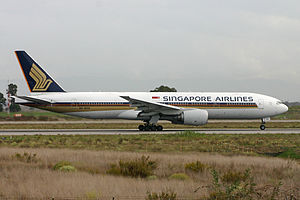 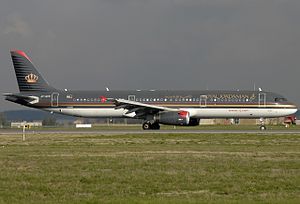 A Royal Jordanian Airbus A321 taxiing at Fiumicino 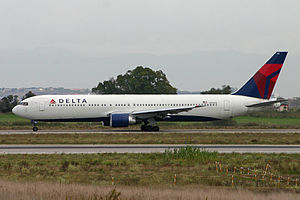 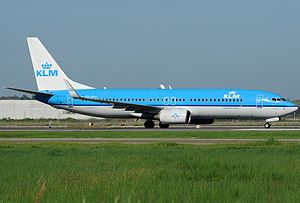 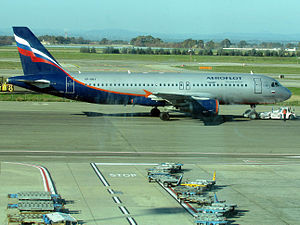 A Aeroflot Airbus A320 taxiing at Fiumicino

Busiest routes from/to Rome-Fiumicino Airport in 2014 were the following:[30]

Ground handling services were provided by Aeroporti di Roma until 1999, when it created Aeroporti di Roma Handling (to serve all airlines except for Alitalia, which continued to be handled by Aeroporti di Roma itself). Alitalia provided passenger assistance even before 1999. In 2001, Alitalia created "Alitalia Airport" and started providing ground handling for itself and other airlines. Air One created EAS and started providing third-party services as well.[when?] Aeroporti di Roma Handling remains the biggest handler in terms of airlines handled, but Alitalia Airport is the biggest handler in terms of airplanes handled as Alitalia aircraft account for 50% of the ones at Fiumicino.[when?] There are some other private handlers that provide passenger assistance, including ARE Group, Globeground Italia and ICTS Italia.

In May 2006, Italy's Civil Aviation Authority announced that it took off the limitation of 3 ramp handlers in Rome Leonardo da Vinci airport. ARE Group and Aviapartner announced that they would create a company called Aviapartner (51% Aviapartner; 49% ARE Group) to serve Milan Malpensa and Rome Leonardo da Vinci. There are fears that luggage mishandling will go up.[by whom?] Ground handling deregulation has brought confusion on who does what and has decreased service levels, especially on transferring baggage.

In November 2006 Aeroporti di Roma Handling was sold to Flightcare (itself owned by Spanish company FCC), an Aviance member. 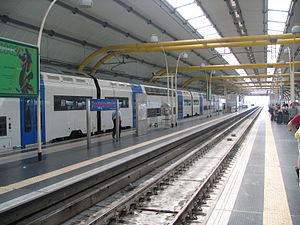 Leonardo da Vinci is about 35 km (22 mi) by car from Rome's historic city centre. The airport is served by a six-lane motorway and numerous buses and taxis.

Fiumicino Aeroporto railway station is served by the Leonardo Express train operated by Trenitalia, available at the airport terminal. It takes 30 minutes to get to Termini Station in a non-stop trip that is provided twice an hour. Alternatively, local trains (FL1 line) leave once every 15 minutes, stopping at all stations. However these trains do not head to Termini station. Passengers have to change at Trastevere, Ostiense (Metro Piramide) or Tuscolana.[31] The railway opened in December 1989, with nonstop and several stop services available.[32]

From the 1960s until the 1980s, the airport experienced significant aircraft hijackings as well as being the scene of two major terrorist attacks and the port of origin for an aircraft bombing in flight—some engendered by the Israeli-Palestinian conflict.