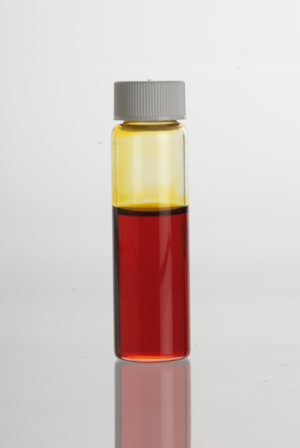 It is a prolific scrub-type tree and is often one of the first species to regenerate on cleared land. It is typically a shrub growing to 2–5 m (7–16 ft) tall, but can grow into a moderately sized tree, up to 15 m (49 ft) or so in height. It is evergreen, with dense branching and small leaves 7–20 mm long and 2–6 mm broad, with a short spine tip. The flowers are white, occasionally pink, 8–15 mm (rarely up to 25 mm) in diameter, with five petals. This species is often confused with the closely related species kānuka – the easiest way to tell the difference between the two species in the field is to feel their foliage – mānuka leaves are prickly, while kānuka leaves are soft.[3] The wood is tough and hard.

Evidence suggests that L. scoparium originated in Australia before the onset of the Miocene aridity, and dispersed relatively recently from eastern Australia to New Zealand.[4] It is likely that on arrival in New Zealand, L. scoparium became established in limited edaphically suitable areas until the arrival of the Polynesian people, whose fire and forest-clearing brought about the low-nutrient-status soils for which it was preadapted in its homeland[citation needed]. It is now found throughout New Zealand, but is particularly common on the drier east coasts of the North and South Islands, and in Australia in Tasmania, Victoria and New South Wales.

Mānuka (from Māori) is the common name used along with "jelly bush" and "tea tree" in Australia and to a lesser extent also in New Zealand. This name arose because Captain Cook used the leaves to make a 'tea' drink.[5]

Numerous cultivars have been developed for garden use, of which the following have gained the Royal Horticultural Society's Award of Garden Merit:-

Many more cultivars are available in New Zealand but often the plant performs better in cultivation overseas. This is because in its homeland it is subject to attack by scale insects that secrete a honeydew on which grows a sooty mold that eventually debilitates the plant. Because of this, attempts have been made, with limited commercial success, to cross the showy New Zealand cultivars with mold-resistant Australian Leptospermum species.[10]

The wood was often used for tool handles. Mānuka sawdust imparts a delicious flavour when used for smoking meats and fish. It is cultivated in New Zealand for mānuka honey, produced when honeybees gather the nectar from its flowers, and for the pharmaceutical industry. It is also used for carving and oils.

Kakariki parakeets (Cyanoramphus) use the leaves and bark of mānuka and kānuka to rid themselves of parasites. Apart from ingesting the material, they also chew it, mix it with preen gland oil and apply it to their feathers.[11]