From Infogalactic: the planetary knowledge core
(Redirected from Libertinism)
Jump to: navigation, search
For other uses, see Libertine (disambiguation). 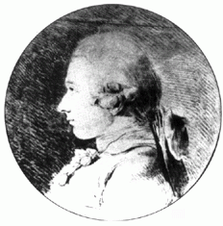 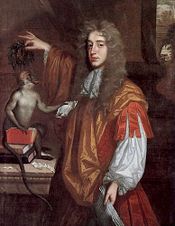 A libertine is one devoid of most moral or sexual restraints, which are seen as unnecessary or undesirable, especially one who ignores or even spurns accepted morals and forms of behaviour sanctified by the larger society.[1][2] Libertinism is described as an extreme form of hedonism.[3] Libertines put value on physical pleasures, meaning those experienced through the senses. As a philosophy, libertinism gained new-found adherents in the 17th, 18th, and 19th centuries, particularly in France and Great Britain. Notable among these were John Wilmot, 2nd Earl of Rochester, and the Marquis de Sade.

The word "Libertine" was originally coined by John Calvin to negatively describe opponents of his policies in Geneva, Switzerland. This group, led by Ami Perrin, argued against Calvin's "insistence that church discipline should be enforced uniformly against all members of Genevan society".[4] Perrin and his allies were elected to the town council in 1548, and "broadened their support base in Geneva by stirring up resentment among the older inhabitants against the increasing number of religious refugees who were fleeing France in even greater numbers".[4] By 1555, Calvinists were firmly in place on the Genevan town council, so the Libertines, led by Perrin, responded with an "attempted coup against the government and called for the massacre of the French. This was the last great political challenge Calvin had to face in Geneva".[4]

During the 18th and 19th centuries, the term became more associated with debauchery.[5] Charles-Maurice de Talleyrand wrote that Joseph Bonaparte "sought only life's pleasures and easy access to libertinism" while on the throne of Naples.[6]

...the mere analysis of libertinism... carried out by a novelist with such a prodigious command of his medium... was enough to condemn it and play a large part in its destruction.[7]

Agreeable to Calvin's emphasis on the need for uniformity of discipline in Geneva, Samuel Rutherford (Professor of Divinity in the University of St. Andrews, and Christian minister in 17th Century Scotland) offered a rigorous treatment of "Libertinism" in his polemical work "A Free Disputation against pretended Liberty of Conscience" (1649).

A Satyr Against Reason and Mankind is a poem by John Wilmot, 2nd Earl of Rochester which addresses the question of the proper use of reason, and is generally assumed to be a Hobbesian critique of rationalism.[8] The narrator subordinates reason to sense.[9] It is based to some extent on Boileau's version of Juvenal's eighth or fifteenth satire, and is also indebted to Hobbes, Montaigne, Lucretius and Epicurus, as well as the general libertine tradition.[10] Confusion has arisen in its interpretation as it is ambiguous as to whether the speaker is Rochester himself, or a satirised persona.[11] It criticises the vanities and corruptions of the statesmen and politicians of the court of Charles II.[10]

The libertine novel was an 18th century literary genre of which the roots lay in the European but mainly French libertine tradition. The genre effectively ended with the French Revolution. Themes of libertine novels were anti-clericalism, anti-establishment and eroticism.

Precursors to the libertine writers were Théophile de Viau (1590–1626) and Charles de Saint-Evremond (1610–1703), who were inspired by Epicurus and the publication of Petronius.

Robert Darnton is a cultural historian who has covered this genre extensively.

Critics have been divided as to the literary merits of William Hazlitt's Liber Amoris, a deeply personal account of frustrated Lolita-like love that is quite unlike anything else Hazlitt ever wrote. Wardle suggests that it was compelling but marred by sickly sentimentality, and also proposes that Hazlitt might even have been anticipating some of the experiments in chronology made by later novelists.[12]

One or two positive reviews appeared, such as the one in the Globe, 7 June 1823: "The Liber Amoris is unique in the English language; and as, possibly, the first book in its fervour, its vehemency, and its careless exposure of passion and weakness—of sentiments and sensations which the common race of mankind seek most studiously to mystify or conceal—that exhibits a portion of the most distinguishing characteristics of Rousseau, it ought to be generally praised".[13] Dan Cruickshank in his book London's Sinful Secret summarized Hazlitt's infatuation stating: "Decades after her death Batsy (Careless) still haunted the imagination of the essayist William Hazlitt, a man who lodged near Covent Garden during the 1820s, where he became unpleasantly intimate with the social consequences of unconventional sexual obsession that he revealed in his Liber Amoris of 1823, in which he candidly confessed to his infatuation with his landlord's young daughter."[14]

During the Baroque era in France, there existed a freethinking circle of philosophers and intellectuals who were collectively known as libertinage érudit and which included Gabriel Naudé, Élie Diodati and François de La Mothe Le Vayer.[15][16] The critic Vivian de Sola Pinto linked John Wilmot, 2nd Earl of Rochester's libertinism to Hobbesian materialism.[17]

Some notable libertines include: