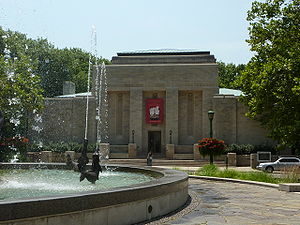 The Lilly Library, located on the campus of Indiana University in Bloomington, Indiana, is a large rare book and manuscript library in the United States. At the dedication, October 3, 1960, the library contained a collection of 20,000 books and 17,000 manuscripts, and more than fifty oil paintings and 300 prints. 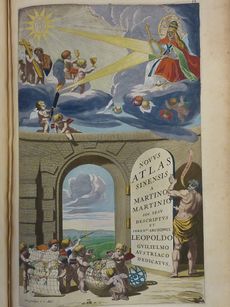 The Lilly Library was founded in 1960 with the collection of Josiah K. Lilly, Jr., owner of Lilly Pharmaceuticals in Indianapolis. Lilly was a collector most of his life. From the mid-1920s until his death, he devoted a great deal of his leisure time to building his collections of books and manuscripts, works of art, coins, stamps, military miniatures, firearms and edged weapons, and nautical models. J. K. Lilly's collections of books and manuscripts, totaling more than 20,000 books and 17,000 manuscripts, together with more than fifty oil paintings and 300 prints, were given by the collector to Indiana University between 1954 and 1957. These materials form the foundation of the rare book and manuscript collections of the Lilly Library.

The extent to which J. K. Lilly realized his collecting goals, were summed up succinctly by Frederick B. Adams, Jr., at the dedication of the Lilly Library on October 3, 1960: "Mr. Lilly's books cover so many fields that it is difficult to believe that any one man's enthusiasm could encompass them all. It is equally astounding that he was able to acquire so many books of such scarcity and quality in the short space of 30 years. Money alone isn't the answer; diligence, courage, and imagination were also essential. The famous books in English and American literature, the books most influential in American life, the great works in the history of science and ideas--all these are among the 20,000 Lilly books in this building."[1] 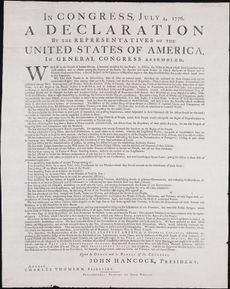 The library's holdings are particularly strong in British and American history and literature, Latin Americana, medicine and science, food and drink, children's literature, fine printing and binding, popular music, medieval and Renaissance manuscripts, and early printing.[4] Notable items in the library's collections include the New Testament of the Gutenberg Bible, the first printed collection of Shakespeare's works, Audubon's Birds of America, one of 26 extant copies of the "First Printing of the Declaration of Independence" (also known as the "Dunlap Broadside") that was printed in Philadelphia on July 4, 1776, George Washington's letter accepting the presidency of the United States, Abraham Lincoln's desk from his law office, a leaf from the famous Abraham Lincoln "Sum Book" ca. 1824-1826, Lord Chesterfield's letters to his son, the manuscripts of Robert Burns's "Auld Lang Syne", the Boxer Codex, J. M. Synge's "The Playboy of the Western World", and J. M. Barrie's "Peter Pan", and typescripts of many of Ian Fleming's James Bond novels. The library also owns the papers of Hollywood directors Orson Welles and John Ford, film critic Pauline Kael, the poets Sylvia Plath and Ezra Pound, and authors Edith Wharton and Upton Sinclair.

The library also holds the Boxer Codex, a manuscript written c. 1595 which contains illustrations of ethnic groups in the Philippines at the time of their initial contact with the Spaniards.

After the death of Ruth E. Adomeit in 1996, her collection of miniature books, considered to be one of the largest, was donated to the library. The collection is titled 4000 Years of Miniature Books.[5]

In 2006, the library received a collection of 30,000 mechanical puzzles from Jerry Slocum.[6] The collection is on permanent display.

Special permission is not required to use the collections, and the library has several exhibition galleries which are open to the public.

Michael Uslan, producer of the Batman movies, donated over 30,000 comics to the Lilly Library. Parts of the collection were displayed at the Lilly Library in an exhibition called "Comics as Cultural Mythology: The MIchael E. Uslan Collection of Comic Books and Graphic Novels" from September 12, 2005 to December 17, 2005.[7] The collection is currently housed at the Auxiliary Library Facility (ALF) and can be accessed for use through IUCAT, the Indiana University Libraries' catalog.[8]

The Perkins System Libraries, of Duke University Libraries, contains the Lilly Library. This was formerly the Trinity Library, and then the East campus Library. In 1990 Ruth Lilly, daughter of Josiah K. Lilly, Jr., made a substantial donation to Duke University and the library was renamed.[10] 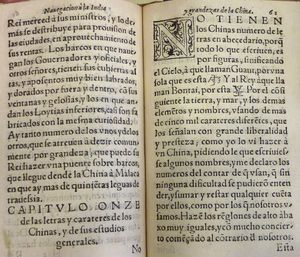 The Lilly Library copy of the Discurso de navegacion... by Bernardino de Escalante (1577), one of the first European books to contain (an attempt to reproduce) Chinese characters. The book is very rare; the preface of a 1958 Spanish reprint states that it was not available in the National Library of Spain in Madrid, and a photocopy had to be obtained from the British Museum