Neopaganism (also "contemporary paganism") encompasses a wide range of religious groups and individuals. These may include old occult groups, those that follow a New Age approach, those that try to reconstruct old ethnic religions, and followers of the religion of Wicca. For organizations, the founding year is given in brackets. 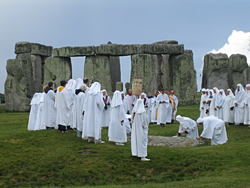 Wicca originated in 1940s Britain and became the mainstream of Neopaganism in the United States in the 1970s. There are two core traditions of Wicca which originated in Britain, Gardnerian and Alexandrian, which are sometimes referred to as British Traditional Wicca. From these two arose several other variant traditions. Wicca has also inspired a great number of other witchcraft traditions in Britain, Europe and the United States, most of which base their beliefs and practices on Wicca. Many movements are influenced by the Movement of the Goddess, and New Age and feminist worldviews. 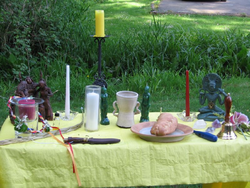 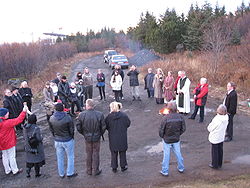 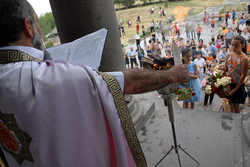 Ritual at the Temple of Garni, in Armenia.