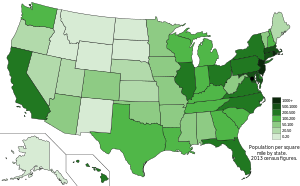 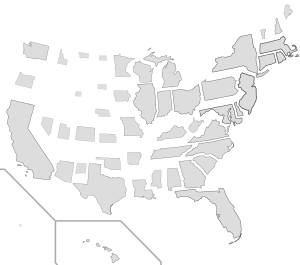 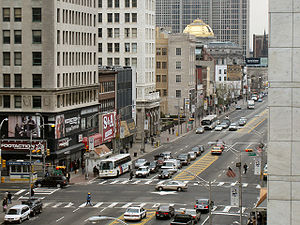 New Jersey is the most densely populated state, and second in household income 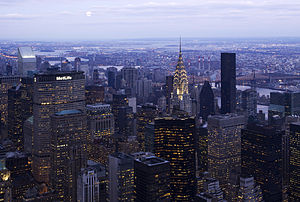 Despite being home to the most populous city in the country, New York ranks 7th in overall density 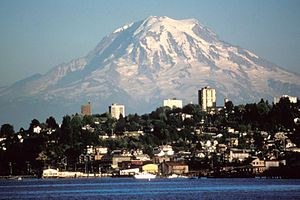 Washington is ranked 25th in density, but is still above the national average 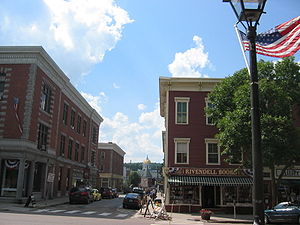 Despite a fairly average population density, Vermont has one of the smallest populations due to its small overall area 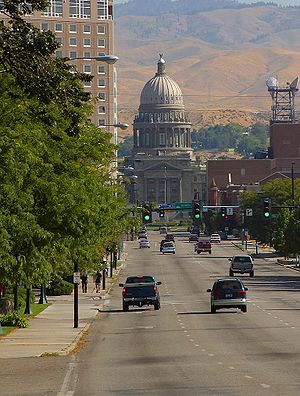 Idaho's population has increased rapidly in recent decades, but its population density relative to other states is low 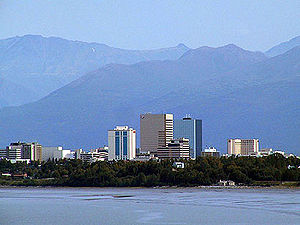 About half of the population of Alaska lives in the Anchorage metropolitan area
File:Old San Juan Street.jpg
Puerto Rico ranks third among the most densely populated areas in the U.S.

Population density is calculated as resident population divided by total land. Resident population is from the United States Census Bureau estimates for July 1, 2013, for the 50 states, the District of Columbia and Puerto Rico and from the 2010 Census for the other four U.S. territories (which is the latest data available as of April 24, 2014.) [1] Total land area is from the 2010 Census.[2]

Density by states by population rank and land area

Density by states, divisions, regions and territories by population rank and land area

Density by states, divisions, regions and territories in square miles and square kilometers