There have been 209 four-star generals in the history of the U.S. Air Force. Of these, 205 achieved that rank while on active duty, 3 were promoted after retirement, and one was promoted posthumously. Generals entered the Air Force via several paths: 60 were commissioned via the U.S. Military Academy (USMA), 49 via the aviation cadet program, 37 via the U.S. Air Force Academy (USAFA), 37 via Air Force Reserve Officer Training Corps (AFROTC) at a civilian university, 10 via AFROTC at a senior military college, 7 via Air Force Officer Training School (OTS), 4 via the U.S. Naval Academy (USNA), 2 via direct commission, one via Reserve Officer Training Corps (ROTC) at a civilian university, one via the Army National Guard (ARNG), and one via the Royal Canadian Air Force (RCAF).

Entries in the following list of four-star generals are indexed by the numerical order in which each officer was promoted to that rank while on active duty, or by an asterisk (*) if the officer did not serve in that rank while on active duty. Each entry lists the general's name, date of rank,[1] active-duty positions held while serving at four-star rank,[2] number of years of active-duty service at four-star rank (Yrs),[3] year commissioned and source of commission,[4] number of years in commission when promoted to four-star rank (YC),[5] and other biographical notes.[6] 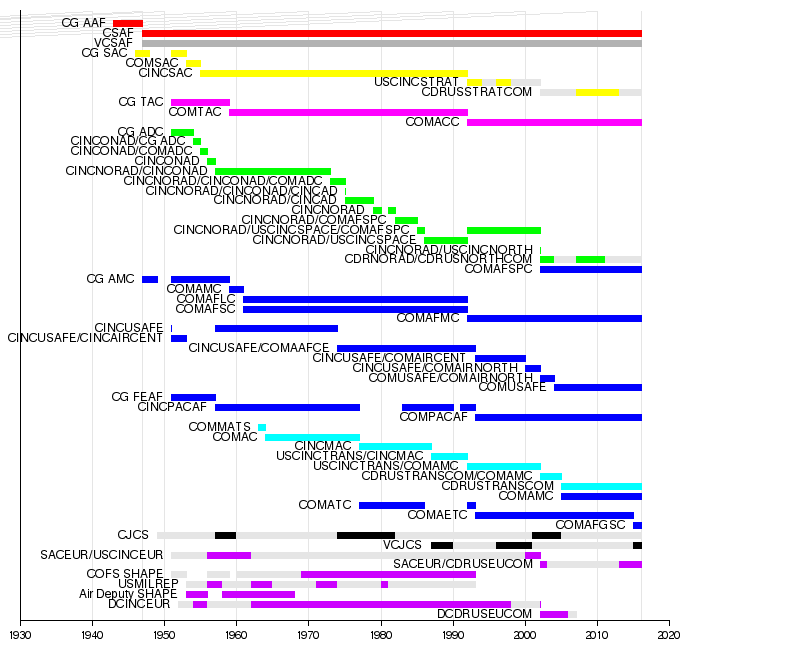 The modern rank of general was established by the Officer Personnel Act of 1947, which authorized the President to designate certain positions of importance to carry that rank. Officers appointed to such positions bear temporary four-star rank while so serving, and are allowed to retire at that rank if their performance is judged satisfactory.[21] The total number of active-duty four-star generals in the Air Force is limited to a fixed percentage of the number of Air Force general officers serving at all ranks.[22]

Within the Air Force, the chief of staff (CSAF) and vice chief of staff (VCSAF) are four-star generals by statute. Other four-star generals occupy positions of designated importance; historically, these have included the commanders responsible for strategic bombers and nuclear missiles (SAC/STRATCOM); tactical air combat (TAC/ACC); air transport (MAC/TRANSCOM); North American aerospace defense (NORAD); the Air Force formations in Europe and the Pacific; and other training, readiness, and materiel organizations. 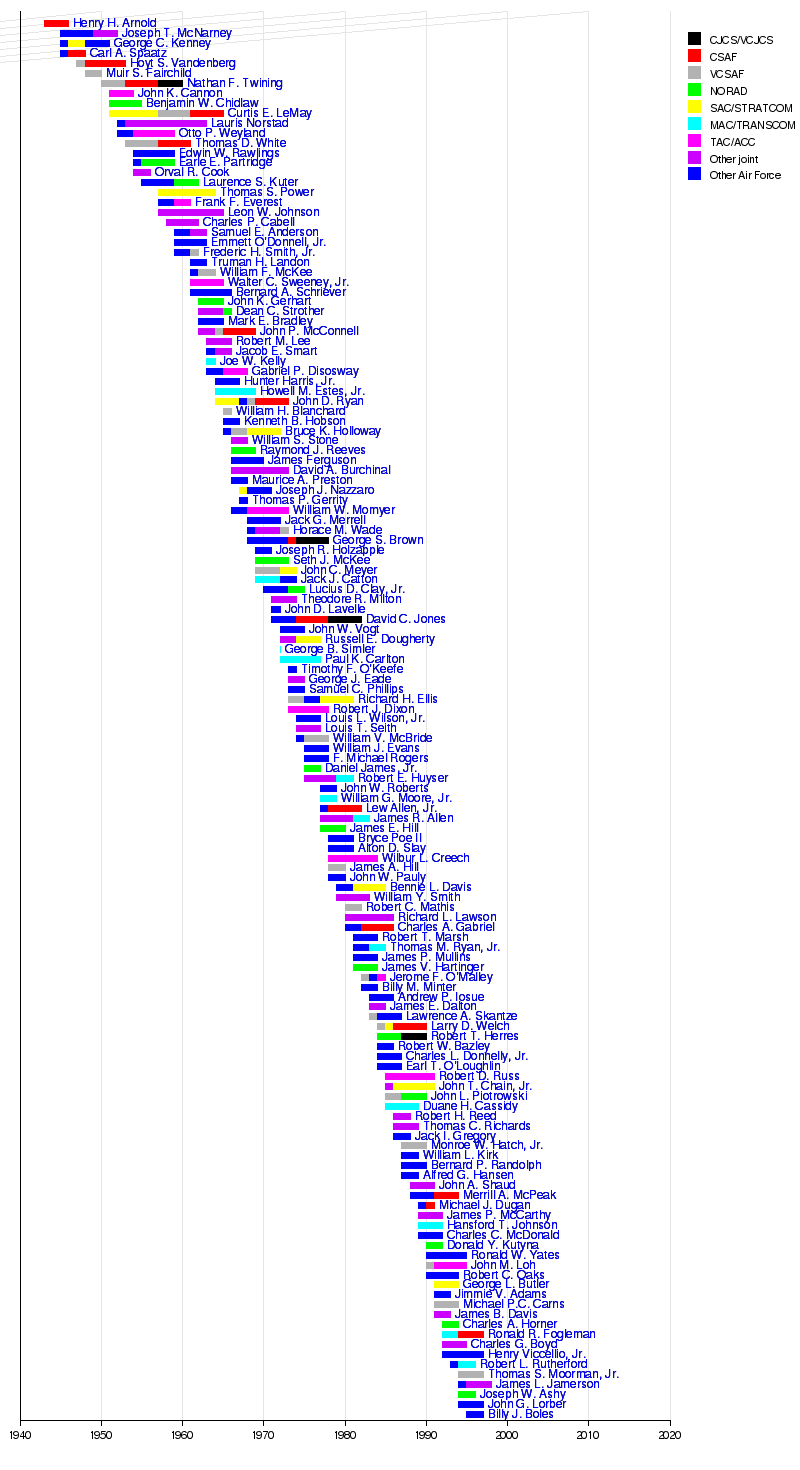 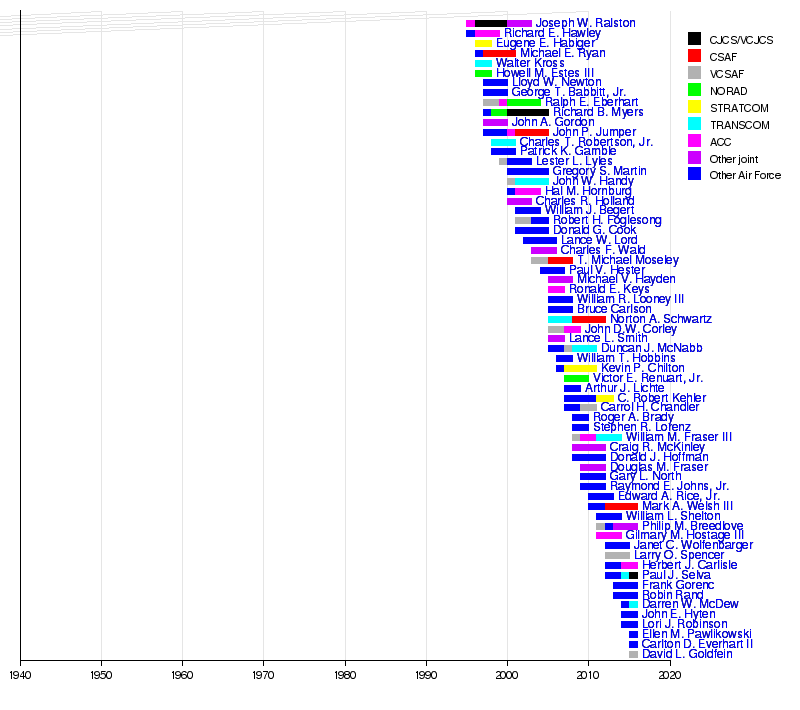