This list refers only to the population of individual municipalities within their defined limits; the populations of other municipalities considered suburbs of a central city are listed separately, and unincorporated areas within urban agglomerations are not included. Therefore, a different ranking is evident when considering U.S. metropolitan area populations.

50 states and District of Columbia

The following table lists the 322 incorporated places in the United States (excluding the U.S. territories) with a population of at least 100,000 on April 1, 2020, as enumerated by the United States Census Bureau. Five states—Delaware, Maine, Vermont, West Virginia and Wyoming—have no cities with populations of 100,000 or more. The table below contains the following information: 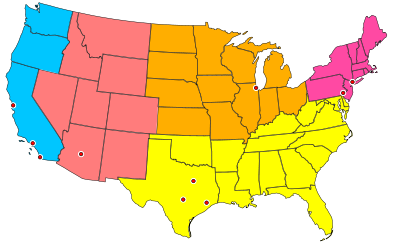 File:Densityhisto.png
This histogram of densities calculated with 2015 population estimates shows the uneven distributions of densities amongst cities over 100,000.