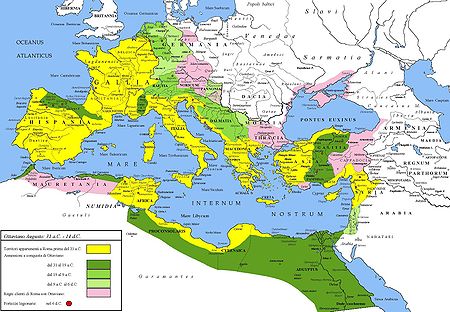 Early Roman Empire with some ethnic names in and around Germania 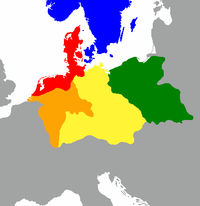 This list of Germanic tribes is a list of tribes, tribal groups, and other connections and alliances of ethnic groups and tribes that were considered Germanic in ancient times. These reports begin in the 2nd century BC and extend into late antiquity. Beginning with the states of the Early Middle Ages, the period in which tribes or tribal kingship had a historical impact ends, with the exception of northern Europe, where the Vendel Period from 550 AD to 800 AD and the subsequent Viking Age until 1050 AD are still seen in the Germanic context.

The associations and localisations of the numerous peoples and groups in ancient sources are subject to uncertainty and speculation, and classifications of ethnicity with a common culture or a temporary alliance of heterogeneous groups are disputed. For some, it is not even certain that these groups are Germanic in the broader linguistic sense, or in other words, that they consisted of speakers of a Germanic language.

In this respect, the names listed here are not terms for ethnic groups in any modern sense, but the names of groups that were perceived in ancient and late antiquity as Germanic, that is, as peoples, groups, alliances and associations of the Barbaricum east of the Rhine and to the north of the Danube, also known as Germania, especially those that arrived during the Migration Period.

The present list is largely based on the list of Germanic tribal names and its spelling variants contained in the first register of the Reallexikons der Germanischen Altertumskunde.[1]

The first column contains the English name and its variants, if one is common, otherwise the traditional ancient name. The second column contains ancient names of Latin and Greek authors, the latter both in transcription and in Greek. The third column gives a brief description followed by a localisation.

The fifth column gives important sources of tradition for the group in question. The few ancient main sources for names and localisation of Germanic tribes are not linked. These are:

Many of the authors relating ethnic names of Germanic peoples speculated concerning their origin, from the earliest writers to approximately the Renaissance. One cross-cultural approach over this more than a millennium of historical speculation was to assign an eponymous ancestor of the same name as, or reconstructed from, the name of the people. For example, Hellen was the founder of the Hellenes.

Although some Enlightenment historians continued to repeat these ancient stories as though fact, today they are recognised as manifestly mythological. There was, for example, no Franko, or Francio, ancestor of the Franks. The convergence of data from history, linguistics and archaeology have made this conclusion inevitable. A list of the mythical founders of Germanic peoples follows.