List of autobiographies by Presidents of the United States 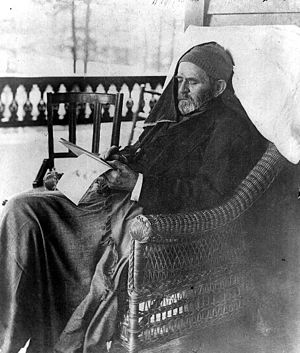 Ulysses S. Grant, working on his memoirs in 1885. His Personal Memoirs is considered by historians to be among the best by a U.S. President.

Many United States Presidents have written autobiographies about their Presidencies and/or (some periods of) their life before their Presidencies. Some 19th-century United States Presidents who wrote autobiographies are James Buchanan and Ulysses S. Grant, though Grant's autobiography is about his time as General during the U.S. Civil War and not about his Presidency. Out of the former U.S. Presidents since 1923, only George H. W. Bush has not written an autobiography.[citation needed] Some of the more recent U.S. Presidential autobiographies, such as Bill Clinton's, George W. Bush's, and Barack Obama's (written and published before he was elected president) sold well enough to earn them millions of dollars.[1][2]

Autobiographies covering the period of their presidency

Note: Only publication information for the first edition is given.

Autobiographies not covering the period of their presidency