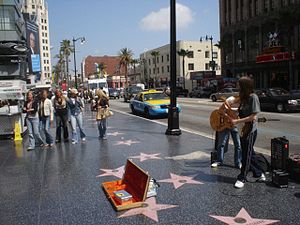 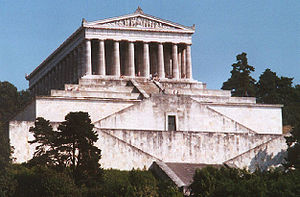 A hall, wall, or walk of fame is a list of individuals, achievements, or animals, usually chosen by a group of electors, to mark their fame in their field. In some cases, these halls of fame consist of actual halls or museums which enshrine the honorees with sculptures, plaques, and displays of memorabilia and general information regarding the inducted recipients. Sometimes, the honorees' plaques may instead be posted on a wall (hence a '"wall of fame") or inscribed on a sidewalk (as in a "walk of fame" or an "avenue of fame"). In others, the hall of fame is more figurative and simply consists of a list of names of noteworthy people or achievements. The lists are maintained by an organization or community, and may be national, state, local, or private.

The English-language term was popularised in the United States by the Hall of Fame for Great Americans at Bronx Community College, in New York City, completed in 1900. Its inspiration is the Ruhmeshalle ("Hall of Fame") in Munich, Germany. The Walhalla memorial in Bavaria, Germany, is an even earlier hall of fame, conceived in 1807 and built between 1900 and 1907. The meaning of "fame" has changed over the years, originally meaning "renown" as opposed to today's more common meaning of "celebrity."[1]

See: Category:College sports halls of fame in the United States

Other halls of fame