According to a New Georgia Encyclopedia article last updated in November 2015, there are 535 incorporated cities and towns in Georgia in the U.S. state of Georgia.[1] Unlike the law of some other states, there is no legal difference in Georgia between cities and towns.[1]

Six municipalities listed below have merged with their counties to form consolidated city-counties.

Of these six, Athens-Clarke, Augusta-Richmond and Macon-Bibb Counties also have municipalities independent of the consolidated governments.

Largest municipalities according to 2012 estimates.[2]

Two municipalities have been formed since the 2010 Census: Peachtree Corners in Gwinnett County, and Brookhaven in DeKalb County. As of February 2013, no official Census count or estimate of either town has been published. 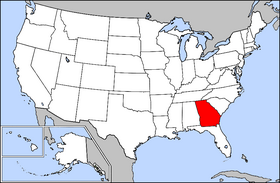 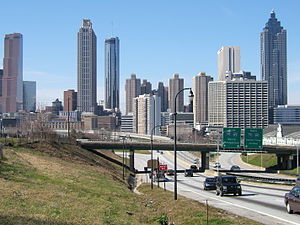 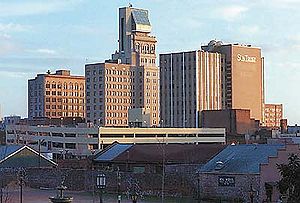 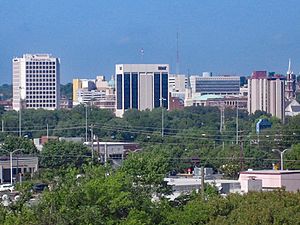