A ban from Major League Baseball is a form of punishment levied by the Office of the Commissioner of Major League Baseball (MLB) against a player, manager, executive, or other person connected with the league as a denunciation of some action that person committed that violated or tarnished the integrity of the game. A banned person is forbidden from employment with MLB or its affiliated minor leagues, and is forbidden from other professional involvement with MLB such as acting as a sports agent for an MLB player. Since 1991, all banned people – whether living or deceased – have been barred from induction to the Baseball Hall of Fame.

Major League Baseball has maintained a list of "permanently ineligible" people since Kenesaw Mountain Landis was installed as the first Commissioner of Baseball in 1920. Although the majority of banned persons were banned after the establishment of the Commissioner's office, some were formally banned prior to that time while a few others were informally "blacklisted" by the Major League clubs. Most persons who have been banned (including many who have been reinstated) were banned due to association with gambling or otherwise conspiring to fix the outcomes of games; others have been banned for a multitude of reasons including illegal activities off the field, violating some term of their playing contract, or making disparaging remarks that cast the game in a bad light. 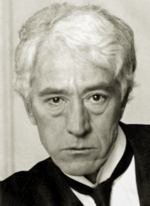 Pike got a brief call-up in 1881 to play for the Worcester Ruby Legs, but the 36-year-old Pike could no longer play effectively, hitting .111 and not managing a single extra base hit in 18 at-bats over 5 games. His play was so poor as to arouse suspicions, and Pike found himself banned from the National League that September. He was added to the National League blacklist in 1881. He turned to haberdashery, the vocation of his father, and spent another 6 years playing only amateur baseball. He was reinstated in 1883.[1]

In 1920, team owners established the Office of the Commissioner of Baseball, ostensibly to keep the players in line and out of corruption's way. Kenesaw Mountain Landis, a federal judge, was the owners' ideal candidate for the job and was given unlimited power over the game, including the authority to ban people from the game. He banned many players and various others, often for very small offenses, and at times almost indiscriminately. In his 24 years as commissioner, Landis banned more people than all of his successors combined.

Since Landis' death in 1944, Pete Rose is the only person banned by one of his successors who has not been reinstated. While Jenrry Mejia was permanently banned by Rob Manfred in February 2016 for third positive test for performance-enhancing drugs, he will be eligible to apply for reinstatement in 2017. Should he be reinstated, Mejia will not be eligible to pitch until 2018 at the earliest.

In 1991, the National Baseball Hall of Fame and Museum voted to bar banned players from induction. In 2005, as a result of the findings of the Mitchell Report, the Major League Baseball Players Association stipulated that multiple violations of the new Major League Baseball drug policy would result in a lifetime ban.[2]

A person who has been banned from Major League Baseball is barred from:

Terms such as "lifetime ban" and "permanent ban" are misnomers, as a banned person may be reinstated (i.e., have the ban removed) on the decision of the Commissioner of Major League Baseball. Also, in the case of Hall of Fame induction, bans have typically extended beyond a person's lifetime.

Among the activities that a banned person is not precluded from participating (as of 2016) in include:

Bans that currently in effect and/or that were in still in effect at the time of the banned person's death are denoted in bold. No banned person has ever been posthumously re-instated by Major League Baseball.

People banned under and possibly before Landis

These players were unofficially banned from baseball prior to the creation of the office of Commissioner of Baseball and later had their bans made official by baseball's first Commissioner, Kenesaw Mountain Landis. 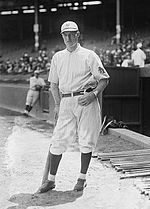 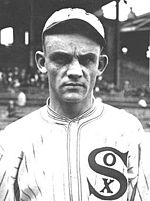 All three were banned by Kuhn, and all three were later reinstated. By the time of Kuhn's tenure, players had organized the Major League Baseball Players Association and negotiated the first Basic Agreement with the owners. Among other things the Agreement provided, for the first time, an independent process through which active players could appeal disciplinary decisions (up to and including lifetime bans) by League presidents or the Commissioner. As of 2016, no such process exists for personnel who are not members of the MLBPA.

A. Bartlett Giamatti served only five months as Commissioner of Baseball before he died of a heart attack at his Martha's Vineyard home on September 1, 1989.

Fay Vincent became commissioner upon the death of Giamatti.

Bud Selig became Commissioner after Fay Vincent's resignation; he was Acting Commissioner between 1992–1998, and was elected to the Office of Commissioner in 1998.

Rob Manfred succeeded Bud Selig as the Commissioner of Baseball after Selig's retirement on January 25, 2015.