These areas are grouped for some categorization purposes as Svalbard and Jan Mayen.

Current dependencies of Norway are all in the southern polar region: 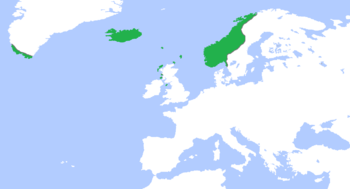 The Kingdom of Norway at its greatest extent, c. 1265

In the British Isles 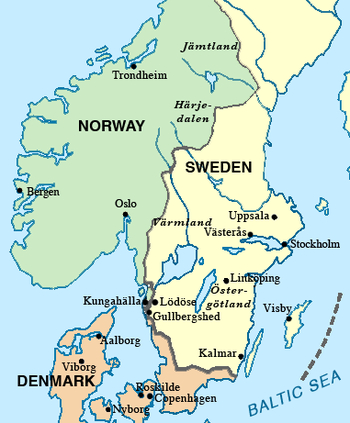 The Kingdom of Norway at its national homeland, c. 1250

Home- and borderlands ceded to Sweden

The actual time for the ceding of the islands is somewhat disputed. Denmark claims it took place with the Union of Denmark and Norway in 1536, as the possessions of the Norwegian crown were claimed by the Danish king. Nevertheless, they were still referred to as "dependencies of Norway" in later official documents. Also the Treaty of Kiel states: "...and provinces, constituting the kingdom of Norway, [..], together with their dependencies (Greenland, the Faroe Isles, and Iceland, excepted); [...] shall belong in full and sovereign property to the King of Sweden,...", clearly indicating that they were until then regarded as a part of Norway.