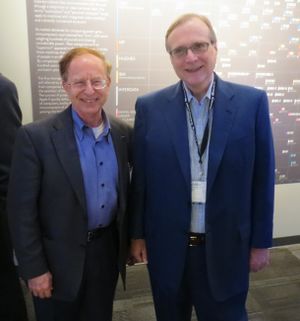 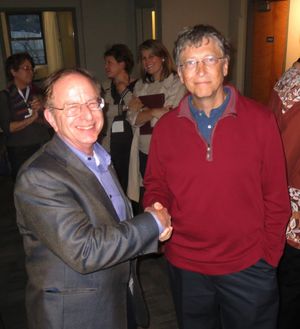 Harry Garland and Bill Gates at the same event

The Living Computer Museum (LCM) is a museum at 2245 1st Ave S. in Seattle, Washington that showcases vintage computers which provide an interactive session, either through time sharing operating systems or single-user interfaces. On March 17, 2010, it was recognized by Washington State Senate Resolution 8721 "for its role in the preservation of the history of information technology".[1]

LCM (originally known as PDPplanet.com) was founded by Microsoft co-founder Paul Allen on January 9, 2006. Using vintage Digital Equipment Corporation (DEC) systems and XKL systems, it provides registered users with the opportunity to telnet into these devices and experience computing on "antique" mainframes.[2]

According to the LCM’s website, their goal is ‘to breathe life back into our machines so the public can experience what it was like to see them, hear them, and interact with them. We make our systems accessible by allowing people to come and interact with them, and by making them available over the Internet.'[3] Free accounts are available through the LCM website.[4] The complete list of computers on display is available on LCM’s website.[5]

A roughly 180° panorama of the "conditioned" room at the Living Computer Museum containing mainframes and large minicomputers. 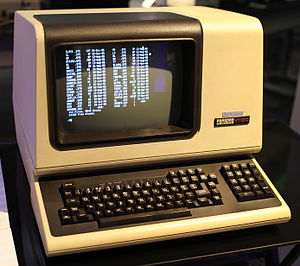 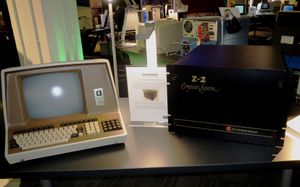 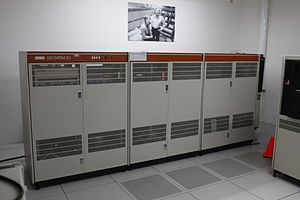 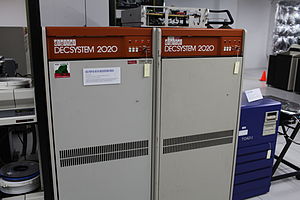