From Infogalactic: the planetary knowledge core
Jump to: navigation, search
For other uses, see Loders (disambiguation). 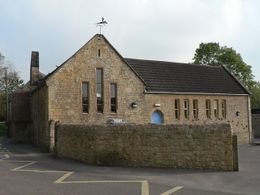 Loders is a village and civil parish in the English county of Dorset. It lies within the West Dorset administrative district, 2 miles (3.2 km) north-east of the town of Bridport. It is a linear village, sited in the valley of the small River Asker, between Waddon Hill and Boarsbarrow Hill. In the 2011 census the parish had a population of 518.[1]

The parish of Loders comprises three settlements. In the east is Uploders which has a public house, "The Crown", and a chapel. To the west of Uploders and separated from it by a few fields is Yondover, where the village road crosses the River Asker. The village playing field and two farms are located here. West of Yondover and separated from it by the river and the disused railway line of the Maiden Newton to Bridport branch line, is Lower Loders, generally known as just Loders. Lower Loders has a public house, "The Loders Arms", a church, a village hall, several farms, and a primary school. In his book Portrait of Dorset, Ralph Wightman gave an agricultural assessment of Loders as having "more than its share of soil variations but most of them are good soils. The result is a village of fertile fields but with an amazing difference in levels."[2]

In 1086 Loders is mentioned in the Domesday Book as Lodres.[3]

During the reign of Henry I, Baldwin de Redvers founded a seat of a Benedictine priory at Loders. The monks were reputedly the first to introduce cider-making into Dorset.[4]

A railway line used to pass through the village, although this has been in disuse for many years, since the closing of the Bridport to Maiden Newton branch line in 1975. However some features are still visible; most prominently, there are two bridges, one of which must be passed under to get from one end of the village to the other.

Loders lies within an electoral ward of the same name, which also includes the surrounding area from the edge of Bridport via Powerstock to North Poorton. The population of this ward was 1,697 at the 2011 census.[5] The ward is one of 32 that comprise the West Dorset parliamentary constituency, which is currently represented in the UK national parliament by the Conservative Oliver Letwin.

Johnny Coppin's Westcountry Christmas album includes a song called Song for Loders, which mentions many places around the area, including Eggerton, Askerswell and Muckleford, amongst others.