Loughborough University (abbreviated as Lough for post-nominals)[7] is a public research university located in the market town of Loughborough, Leicestershire, in the East Midlands of England. It has been a university since 1966, but the institution dates back to 1909, when the then Loughborough Technical Institute began with a focus on skills and knowledge which would be directly applicable in the wider world. In March 2013, the university announced it had acquired the former broadcast centre at the Queen Elizabeth Olympic Park which opened as a second campus in 2015. It was a member of the 1994 Group until the group was dissolved in November 2013.

Loughborough ranks particularly highly for engineering and technology[8] and is noted for its sports-related courses and achievements.[9] The university recently won its seventh Queen's Anniversary Prize, awarded for the relevance of its research.[10] The university is also rated five star for excellence by Quacquarelli Symonds through QS Star Scheme.[11]

The university traces its roots back to 1909 when a Technical Institute was founded in the town centre. There followed a period of rapid expansion during which the institute was renamed Loughborough College and the development of the present campus began.

In the early years, efforts were made to mimic the environment of an Oxbridge college (e.g. requiring students to wear gowns to lectures) whilst maintaining a strong practical counterbalance to academic learning. During World War I, the institute served as an "instructional factory", training workers for the munitions industry.[12]

Following the war, the institute fragmented into four separate colleges:

The influence of Herbert Schofield

Schofield became principal in 1915 and continued to lead the College of Technology until 1950. Over his years as principal, the College changed almost beyond recognition. He purchased the estate of Burleigh Hall on the western outskirts of the town, which became the nucleus of the present 438 acre (1.77 km2) campus. He also oversaw the building of the original Hazlerigg and Rutland halls of residence, which are now home to the university's administration and the Vice-Chancellor's offices.

From college to university 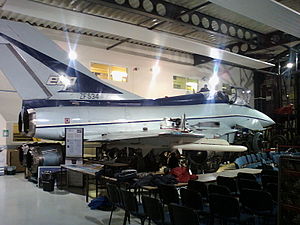 British Aerospace EAP at the Department of Aeronautical and Automotive Engineering

An experienced educationist, Herbert Haslegrave took over as college principal in 1953, and by both increasing the breadths and raising standards, gained it the status of Colleges of Advanced Technology in 1958. He further persuaded the Department of Education to buy further land and began a building programme.[13] In 1963, the Robbins Report on higher education recommended that all colleges of advanced technology should be given the status of universities. Consequently, Loughborough College of Technology was granted a Royal Charter on 19 April 1966 and became Loughborough University of Technology (LUT), with Haslegrave as its first vice-chancellor.[12]

It gradually remodelled itself in the image of the plate glass universities of the period, which had also been created under Robbins.

In 1977, Loughborough Training College (now renamed Loughborough College of Education) was absorbed into the university. The Arts College was also amalgamated with the university in 1998. These additions have diluted the technological flavour of the institution, causing it to resemble more a traditional university with its mix of humanities, arts and sciences. Consequently, in 1996, the university dropped the "of Technology" from its title, becoming "Loughborough University".[12]

The shortened name "Lufbra" is commonly used by the students' union,[14] the alumni association[15] and others. 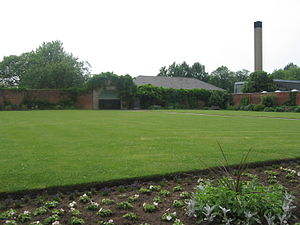 The university's main campus is in the Leicestershire town of Loughborough. The Loughborough campus (once the estate of Burleigh Hall) covers an area of 438 acres (1.77 km2), and includes academic departments, halls of residence, the Students' Union, two gyms, gardens and playing fields.

Of particular interest are the walled garden, the "garden of remembrance", the Hazlerigg-Rutland Hall fountain-courtyard and the Bastard Gates.

In the central quadrangle of the campus stands a famous cedar, which has often appeared as a symbol for the university. Unfortunately a heavy snowfall in December 1990 led to the collapse of the upper canopy which gave the tree its distinctive shape.[citation needed] 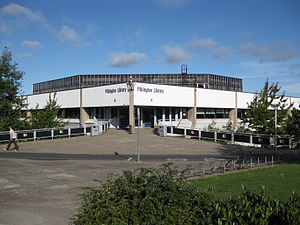 The Pilkington Library opened in 1980. It covers 9,161 square metres over four floors with 1375 study places (up from 780 prior to the renovation in late 2013). The Library has a history of undertaking research in the field of library and information work. There is an open access area where students are allowed to take in cold food and drinks as well as to engage in group discussions.

It has 15,590 students; 12,140 of whom are undergraduates and 3,450 are pursuing postgraduate courses and/or research (based on 2014/15 figures).[5] Its current Chancellor is Sir Nigel Rudd, (the previous chancellor, Sir John Jennings retired from the position in summer 2010, having served for seven years), and its Vice-Chancellor is Robert Allison.

The university has won seven Queen's Anniversary Prizes for Higher and Further Education for work with the aeronautical and automotive industries (1994); support for developing countries (1998); for a pioneering role in developing applications of modern optics and laser technologies (2000); for its world leading roles in sports research, education and development (2002); for its world leading role in social policy in recognition of its outstanding and widely respected work in evaluating and helping develop social policy-related programmes, such as those for cared for children, social security policy, crime prevention, education initiatives and young carers (2005); for recognition of its vehicle, road and driver safety research (2007); and for its impact through research and skills development in High Value Manufacturing to create economic growth (2013).[16]

The university has the largest sports scholarship programme in the UK with currently over 250 international athletes studying and training.[citation needed] 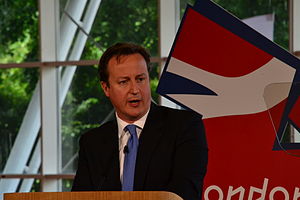 The Centre for Renewable Energy Systems Technology, or CREST, runs the internationally recognised masters programme in renewable energy. The Department of Politics, History and International Relations, or PHIR as it is commonly known, is home to a number of world class experts in the area of European politics and international relations, including Michael H. Smith. One particularly noted research group is the Globalization and World Cities Research Network thinktank, which has pioneered the study of world cities. The Centre for Research in Social Policy is an independent research centre based within the Department of Social Sciences. It is responsible for calculating the Minimum Income Standard in the United Kingdom for the Joseph Rowntree Foundation.

ECB National Academy which is also known as the National Cricket Performance Centre has been based at Loughborough since 2003. It provides world top-class indoor and outdoor training facilities for cricketers.

Loughborough is renowned in the UK for its sports provisions.[25] Loughborough is home to the world's largest university-based sports technology research group, which is part of the internationally acclaimed Sports Technology Institute. SportPark, based at the university provides a state-of-the-art home for national sporting bodies including Youth Sport Trust, British Swimming and several other national governing bodies. Loughborough Students have performed exceedingly well in the BUCS Overall Championship for more than thirty years, winning the overall trophy for 34 successive years.

Loughborough was chosen by the British Olympic Association as the training base and official Preparation Camp for Team GB in the run-up to the London 2012 Games. Students and graduates of Loughborough won four bronze medals and six Paralympic medals (including one gold and three silver) in the 2012 Summer Olympics.

At the Commonwealth Games Glasgow 2014, over 120 athletes from Loughborough represented 8 teams, across 10 sports. In total, 35 medals were won by athletes with Loughborough connections; 13 bronze, 13 silver and nine gold medals. If Loughborough was a country, the university would have finished 11th on the medal table at the 2014 Games.

Loughborough has also been awarded the Best Student Experience for five years running (2006, 2007, 2008, 2009 and 2010) according to the Times Higher Education,[26] placing second to the University of Dundee in 2011. The university was also named the 2008 Sunday Times "University of the Year."[27] In 2015, Loughborough University achieved five star rating in an QS Star Scheme for its performance, confirming the breadth of its excellence and putting it alongside some of the very best universities in the world.[28] In the Complete University Guide 2016 the university was ranked 11, while the university's departments were rated top ten in 11 subject groups, taking first place in Librarianship & Information Management. Loughborough has extensive links with industry. Many degrees are industry-sponsored and sandwich year-long placements are available on 99% of the degrees offered. Loughborough is also one of the top 20 universities targeted by large, graduate employers.

File:View from the East Tower - geograph.org.uk - 7530.jpg
School of Business and Economics

Loughborough is headed by a Vice-Chancellor, Robert Allison. The university is organised into ten schools:

Each of these 10 schools has a senior management team (School SMTs) consisting of Deans, Associate Deans for Teaching, Research and Enterprise, and Operations Managers. With this change of organisation within the university the new Academic Leadership Team (ALT), made up of the Vice-Chancellor, Deputy Vice-Chancellor, chief operating officer, Director of Finance, the Pro Vice-Chancellors for Research, Teaching and Enterprise, and the 10 new Deans, replaced the previous Executive Leadership Team (ELT). 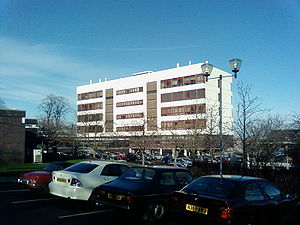 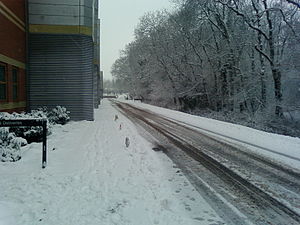 Charnwood building at the Holywell park covered in the snow

The official colour of the university is African Violet, with students taking part in practical sessions on Sport & Exercise Science courses having to wear the school kit in this colour. The coat of arms incorporates several symbols relevant to the history of the Loughborough area, including Offa of Mercia's cross (a symbol of the ancient kingdom of Mercia, within whose borders the town now stands) and the peafowl from the arms of the Dukes of Rutland. The motto of the university is veritate scientia labore ("with truth, wisdom and labour", or, alternatively, "with truth, knowledge and work", depending on the translation).

The university has a strong tradition in both engineering and sporting. From its strong engineering and technical background it has now expanded, becoming a centre of excellence in the field of sports and sports science.[citation needed] It has graduated a number of world-class athletes including Paula Radcliffe and Lord Coe. In keeping with this tradition, Loughborough students have won the British Universities & Colleges Sport Association (BUCS) championship every year for over three decades. The university is the home of the England and Wales Cricket Board's National Academy, opened in November 2003.

The phonetic spelling "Lufbra" is sometimes used amongst students, graduates, and in Students' Union publications, and the name is also often abbreviated to "lboro" both casually as well as within more formal/academic circles, stemmed from the university's URL of "www.lboro.ac.uk".

There is a one-week break between semester one and semester two. Normally little to no exams are scheduled in this week therefore students are presented with a week free from studies. This week is referred to as Refreshers Week by most students.

The Union building sits in the north-eastern corner of the campus, and offers a range of facilities for clubs and societies, retail, entertainment and other activities. The Union has five rooms, each with its own theme. Loughborough Students Union (LSU), was awarded the International Experience Award 2011 by the National Union of Students (NUS).

As well as representing the student body through Union Council and offering academic support through Loughborough Students' Voice, the union has five main sections for students to get involved with.; the athletic union offers 56 different sporting clubs, the Societies Federation consists of over 80 societies, Action is the volunteering section offering a range of opportunities for students. There are 45 regular projects working with young people, the elderly, special needs, the homeless or the environment.

Loughborough has its own media centre, led by VP:Media Bryn Wilkes,[29] which offers the opportunity to make TV shows with LSUTV, have your own radio show with LCR or write for the student magazine Label. You can also practice with your band in Aura recording studio.[30]

As of 2014, there are a total of 16 halls of residence, many of which are named after famous scientists and engineers.[31] The halls are as follows:

Of these, Hazlerigg–Rutland, John Phillips, Elvyn Richards and Telford have names that were previously used for halls of residence that have since been repurposed, renamed or merged with other halls. In 2015 Loughborough University ranked 1st in the UK for accommodation on a University review platform StudentCrowd.[32]