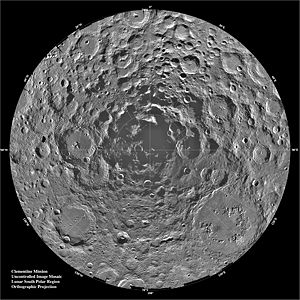 The lunar south pole is of special interest to scientists because of the postulated occurrence of water ice in permanently shadowed areas around it. Of the lunar poles, the south pole is of greater interest because the area that remains in shadow is much larger than that at the north pole.[1] The lunar south pole craters are unique in that sunlight does not reach the bottom. Such craters are cold traps that contain a fossil record of the early solar system.[2] 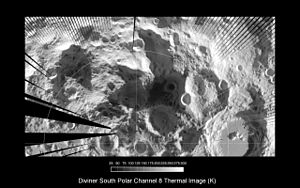 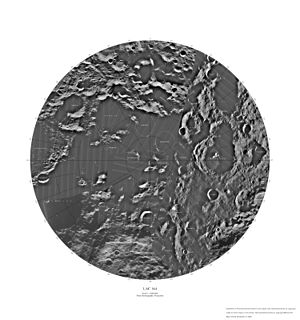 Future planned exploration of the Lunar south polar region includes a private mission by Shackleton Energy Company, no earlier than 2016. Shackleton intends to land a robotic precursor exploration rover to "identify and characterize the nature, composition and locations of the optimum ice concentrations at the north and Lunar south pole craters".[4]

Lunar Mission One is a British-led, unmanned Moon mission announced in November 2014 and planned for 2024.[5] It will attempt to land on the lunar south pole, then drill down at least 20m and possibly as deep as 100m. This could dramatically improve the understanding of the Moon's composition, its geologic history and formation, revealing new clues about the early Solar System. The mission is attempting to gain crowdfunding on Kickstarter.[6]