From Infogalactic: the planetary knowledge core
(Redirected from MEDEVAC)
Jump to: navigation, search 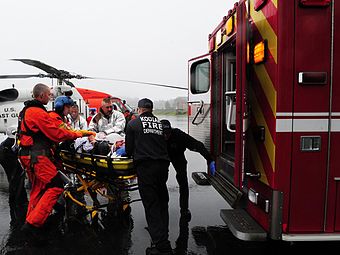 A Coast Guard Search and rescue team transfers an injured fisherman to an ambulance in Kodiak, Alaska

Medical evacuation, often shortened to medevac[1] or medivac,[1] is the timely and efficient movement and en route care provided by medical personnel to wounded being evacuated from a battlefield, to injured patients being evacuated from the scene of an accident to receiving medical facilities, or to patients at a rural hospital requiring urgent care at a better-equipped facility using medically equipped ground vehicles (ambulances) or aircraft (air ambulances).[1]

Examples include civilian EMS vehicles, civilian aeromedical helicopter services, and Army air ambulances. This term also covers the transfer of patients from the battlefield to a treatment facility or from one treatment facility to another by medical personnel, such as from a local hospital to a trauma center. 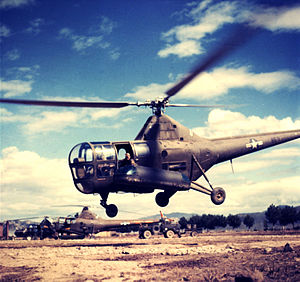 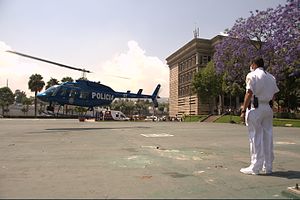 The United States Army used this lifesaving technique in Burma toward the end of World War II, using Sikorsky R-4B helicopters. The first helicopter rescue was by 2nd Lt Carter Harman, in Japanese-held Burma, who had to make several hops to get his Sikorsky YR-4B to the 1st Air Commando Group's secret airfield in enemy territory, then made four trips from there between April 25 and 26 in order to recover the American pilot and four injured British soldiers, one at a time.[4] The first medivac under fire was done in Manila in 1945 when five pilots evacuated 75-80 soldiers one or two at a time.[5] 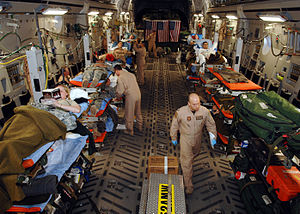 An aeromedical evacuation of injured patients by a C-17 from Balad, Iraq to Ramstein, Germany, in 2007