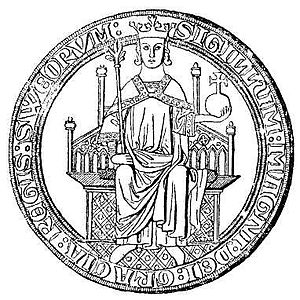 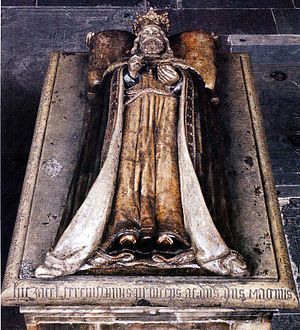 He was the "first Magnus" to rule Sweden for any length of time, not generally regarded as a usurper or a pretender (but third Magnus to have been proclaimed Sweden's king and ruled there). Later historians ascribe his epithet "Ladulås" – Barnlock – to a decree of 1279 or 1280 freeing the yeomanry from the duty to provide sustenance for travelling nobles and bishops ("Peasants! Lock your barns!"); another theory is that it's a corruption of Ladislaus, which could possibly have been his second name, considering his Slavic heritage.

Referring to Magnus Ladulås as Magnus I is an invention not recognized by any Swedish historians today. The Swedish kings Eric XIV (1560–68) and Charles IX (1604–1611) took their numbers after studying a partially fictitious History of Sweden designed as propaganda during their father's reign,[1] but that has no bearing on the enumeration of Magnus III.

Magnus, whose birth year has never been confirmed in modern times, was probably the second son of Birger Jarl (Birger Magnuson, 1200–66) and Ingeborg, herself the sister of the childless King Eric XI and daughter of King Eric X. His father designated Magnus as his successor in powers of the Jarl, henceforward titled Duke of Sweden. The (probably) elder brother, Valdemar, had become king succeeding their maternal uncle in 1250.

In 1275, Duke Magnus started a rebellion against his brother with Danish help, and ousted him from the throne. Magnus was elected king at the Stones of Mora. In 1276, Magnus Barnlock allegedly married a second wife Helwig, daughter of Gerard I of Holstein. Through her mother, Elizabeth of Mecklenburg, Helwig was a descendant of Christina, the putative daughter of King Sverker II). A papal annulment of Magnus' alleged first marriage and a dispensation for the second (necessary because of consanguinuity) were issued ten years later, in 1286. Haelwig later acted as regent, probably 1290–1302 and 1320–1327.

The deposed King Valdemar managed, with Danish help in turn, to regain provinces in Gothenland, the southern part of the kingdom, and Magnus had to recognize that in 1277. However, Magnus regained them about 1278 and assumed the additional title rex Gothorum, King of the Goths, starting the tradition of "King of the Swedes and the Goths".

King Magnus' youngest brother, Benedict, then archdeacon, acted as his Lord High Chancellor of Sweden, and in 1284 Magnus rewarded him with the Duchy of Finland.

He died when his sons were yet underage. Magnus ordered his kinsman Thurchetel, the Lord High Constable of Sweden as the guardian of his heir, the future King Birger, who was about ten years old at father's death.

In spring 2011, archaeologists and osteologists from the University of Stockholm were given permission to open one of the royal graves in Riddarholmskyrkan in order to study the remains of what was presumed to be Magnus Ladulås and some of his relatives. SVT broadcast a presentation of the preliminary studies, where a number of results were presented; amongst others his sickly disposition. Carbon-14 tests dated the bones to the 15th century, indicating the remains could not be those of the king and his family.[2] In December 2011, the researchers applied for permission to open the neighbouring sarcophagus, which has hitherto been presumed to contain the bones of a later king, Charles VIII.

From his alleged first (annulled) marriage to an unknown woman:

From his second marriage to Helwig of Holstein: