From Infogalactic: the planetary knowledge core
Jump to: navigation, search
Not to be confused with Massey College.

Massey University has campuses in Palmerston North (sites at Turitea and Hokowhitu), Wellington (in the suburb of Mount Cook), and Auckland (at Albany).[3] It also has a business school accredited by The Association to Advance Collegiate Schools of Business. Research is undertaken on all three campuses. More than 3,000 international students from over 100 countries study at the university.[4]

Massey University is the only university in New Zealand offering degrees in aviation, dispute resolution, veterinary medicine, and nanoscience. Massey's veterinary school is accredited by the American Veterinary Medical Association and is recognised in the United States, Australia, Canada, and Britain. Its agriculture programme is the highest-ranked in New Zealand, and 19th in Quacquarelli Symonds' (QS) world university subject rankings.[5] Massey's Bachelor of Aviation (Air Transport Pilot) is an internationally recognised and accredited qualification, is the first non-engineering degree to be recognised by the Royal Aeronautical Society (1998), and has ISO9001-2000 accreditation.

The New Zealand Agricultural College Act of 1926 established the sixth college of the University of New Zealand (UNZ) at Turitea, across the Manawatu River from Palmerston North City. It drew from the agriculture departments of Victoria University College in Wellington and Auckland University College.[citation needed]

In 1927 the college was renamed Massey Agricultural College after former New Zealand Prime Minister William Fergusson Massey who died in 1925 and had been vigorous in land reform efforts. The Massey Agricultural College Committee first met on 1 February 1927 and the Batchelar property, near the present Turitea site, was purchased that June. The college was officially opened for tuition on 20 March 1928 by O. J. Hawkin.[citation needed] Women were admitted from 1932, with Enid Hills being the first.[7]

In December 2010 Massey announced that the Wellington campus would close its School of Engineering and Advanced Technology the next month. Students were offered places at either the Albany or Manawatu campuses with compensation, but those who could not make the move and chose to undertake their degree elsewhere were given no compensation, and only a few papers were able to be cross-credited.[9]

The College of Health was launched in February 2013 [10] with three broad goals: promoting health and wellbeing, disease and injury prevention and protecting people and communities from environmental risks to health. 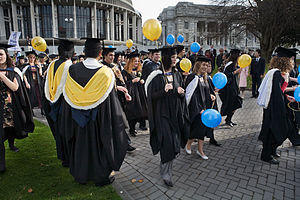 Massey University has campuses in the Manawatu at Palmerston North (sites at Turitea and Hokowhitu), at Wellington (in the suburb of Mt Cook) and on Auckland's North Shore at Albany. In addition, Massey offers most of its degrees extramurally within New Zealand and internationally. It has the nation's largest business college. Research is undertaken on all three campuses.

New Zealand's first satellite, KiwiSAT is currently being designed and built by New Zealand Radio Amateurs with the support of Massey, especially in space environment testing.

The Manawatu campus in Palmerston North consists of two locations at Turitea and Hokowhitu. The campus has around 9,000 students.[11]

Since 1993 the Auckland campus in Albany has grown rapidly in a fast developing part of Auckland's North Shore City. Science and Business are the two largest colleges on the campus with the College of Science housing the New Zealand Institute for Advanced Study solely on the campus. Around 7,000 students are enrolled at Albany.[12] This campus has grown since then and an on-campus accommodation facility opened in semester one 2015.[13]

Extramural study first began in 1960 and Massey University is New Zealand's largest and pre-eminent provider of distance education.[14] Massey is known for its flexible learning and innovative delivery options and this tradition continues in the use of elearning.

The University is currently embarking on a major project to further digitise its distance delivery and has recently adopted Moodle (branded as Stream) as its new Learning Management System (LMS).[15][16]

Chairmen of the Board of Governors 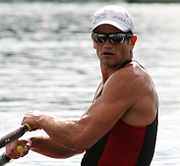 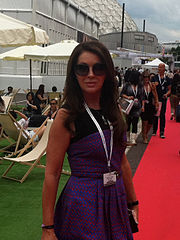 Notable faculty, past or present include: 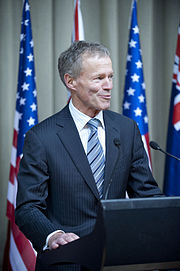