Master of the Rolls in Ireland

History of the Office

Until the sixteenth century the Master of the Rolls was always a clergyman. The office was closely associated with St. Patrick's Cathedral, Dublin: several Masters of the Rolls served as Dean or Prebendary of the Cathedral. The office was originally an administrative rather than a judicial office, and not all of the early Masters were qualified lawyers: as late as the mid sixteenth century the office was held by John Parker, a layman who had made a fortune from selling hats; nor was his successor, Henry Draycott, as far as is known, a lawyer. At that time, as the older title Keeper of the Rolls suggests, the Master's task was mainly to have custody of the Chancery records. 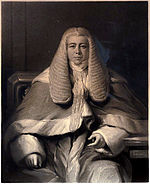 Francis Blackburne, Master of the Rolls 1842-6

In the seventeenth and eighteenth centuries it was notoriously a sinecure for absentee politicians and some of the appointments have been described as "farcical". Richard Rigby is said never to have set foot in Ireland during the 30 years he held the office, and William FitzGerald, 2nd Duke of Leinster, who succeeded him, had no qualifications whatever for judicial office.

In the nineteenth century the office became a full-time judicial position: the Master acted as Deputy to the Lord Chancellor of Ireland, with full powers to hear any claim brought in the Court of Chancery. A number of gifted judges including Sir Michael Smith, Edward Sullivan and Andrew Marshall Porter greatly enhanced the reputation of the office. Michael O'Loghlen was notable not only as a fine judge but as the first Roman Catholic appointed to the Bench since 1688. It was repeatedly offered to Daniel O'Connell, who admitted that it was the only office he truly wanted but in the end always refused. Charles Andrew O'Connor, the last holder of the office, was highly regarded enough to be appointed a judge of the new Supreme Court of the Irish Free State.

The office was the equivalent of the President of the High Court today.