From Infogalactic: the planetary knowledge core
Jump to: navigation, search
This article is about the month. For other uses, see May (disambiguation).

i/meɪ/ may) is the fifth month of the year in the Julian and Gregorian Calendars and one of seven months with the length of 31 days.

The month May was named for the Greek goddess Maia, who was identified with the Roman era goddess of fertility, Bona Dea, whose festival was held in May. Conversely, the Roman poet Ovid provides a second etymology, in which he says that the month of May is named for the maiores, Latin for "elders," and that the following month (June) is named for the iuniores, or "young people" (Fasti VI.88).

Mayovka, in the context of the late Russian Empire, was a picnic in the countryside or in a park in the early days of May, hence the name. Eventually, "mayovka" (specifically, "proletarian mayovka") came to mean an illegal celebration of May 1 by revolutionary public, typically presented as an innocent picnic.[1]

The Lily of the Valley

1st Week of May

2nd Week of May

3rd Week in May

Last Week in May

Fixed Observances in May 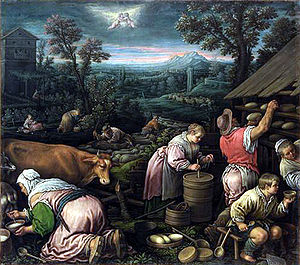 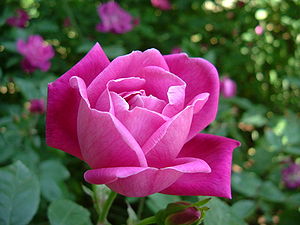 Rosa chinensis, the flower symbol of May