McMinn County was created in 1819 from Indian lands and was named in honor of Joseph McMinn (1758–1824).[1] McMinn was a militia commander during the Revolutionary War, a member of the territorial legislature, speaker of the state senate, and eventually governor of the state of Tennessee. McMinn died on October 17, 1824, and is buried at Shiloh Presbyterian Cemetery in Calhoun.[4]

The first railroad in East Tennessee, the Hiwassee Railroad, began construction in McMinn County in the late 1830s, but was halted due to financial difficulties. Work was resumed by the East Tennessee and Georgia Railroad (ET&G) in 1849, and by the mid-1850s rail lines connected Chattanooga, Knoxville, and the Tri-Cities. The ET&G was headquartered in Athens before moving to Knoxville in 1855.[1] A train depot from this early railroad period still stands in Niota. A number of communities sprang up along the railroads in subsequent years, most notably Etowah, where the L&N built a large depot in the early 1900s, and Englewood, which developed into a textile manufacturing center in the late 19th and early 20th centuries.[1]

Like many East Tennessee counties, McMinn was polarized by the Civil War and the issue of secession.[1] On June 8, 1861, the county voted against secession by a margin of 1,144 to 904.[5] The county provided twelve regiments for the Union Army and eight for the Confederate Army during the course of the war.[5] 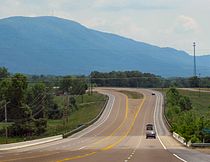 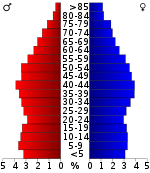