Born in Cilfynydd, near Pontypridd, Glamorgan, Wales, and educated at Harrow Weald Grammar School, Harrow, England and Goldsmiths College, London where he was president of the students' union from 1939 to 1941. He served in the RAF the University of Nottingham Air Squadron during World War II, becoming a squadron leader at 25. He attended the London School of Economics where he received BSc(Econ) and MSc(Econ). He was appointed schoolmaster at his old school in Harrow in 1949, teaching economics and history. He taught for eleven years, during which time he was three times an unsuccessful parliamentary candidate for Harrow East, in 1955, 1959, and in a 1959 by-election. He was a member of the Institute of Education at the University of London from 1959 to 1962.

At a by-election in 1963, he stood successfully as the Labour candidate for Leeds South, succeeding Labour leader Hugh Gaitskell, who had died in office. He held the seat until he stepped down from the House of Commons at the 1992 general election. The constituency was renamed as Morley and Leeds South in 1983. He was Secretary of State for Northern Ireland from March 1974 until September 1976, when he was appointed Home Secretary. For two years before the Labour government came to power in 1974 he had been Labour Party spokesman on Northern Ireland. Rees wrote of his views on Northern Ireland in: Northern Ireland: a Personal Perspective.[1] One month after his appointment as Secretary of State for Northern Ireland, Rees lifted the proscription against the illegal loyalist paramilitary organisation, the Ulster Volunteer Force (UVF) in an attempt to bring them into the democratic process,[2] however, the organisation was implicated in the Dublin and Monaghan bombings on 17 May 1974 and the group was once more banned by the British Government on 3 October 1975. 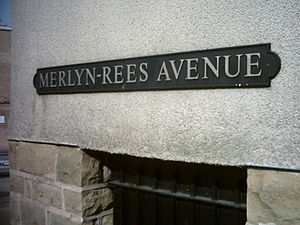 He was president of the Video Standards Council from 1990 and was the first Chancellor of the University of Glamorgan, a position he held from 1994 to 2002.

He suffered injuries in a number of falls, and failing to recover from these, fell into a coma, dying at the age of 85. He was survived by his wife Colleen and three sons.