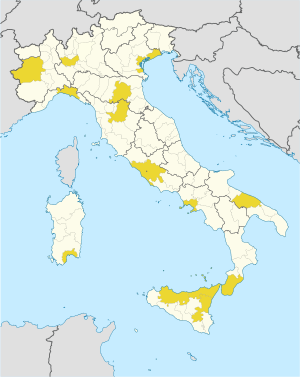 The metropolitan city (città metropolitana in Italian) is an administrative division of Italy, operative since 2014. The metropolitan city, as defined by law, includes a large core city and the smaller surrounding towns that are closely related to it with regard to economic activities and essential public services, as well as to cultural relations and to territorial features.

The main functions devolved to the new metropolitan cities are:

Media related to Metropolitan cities of Italy at Wikimedia Commons