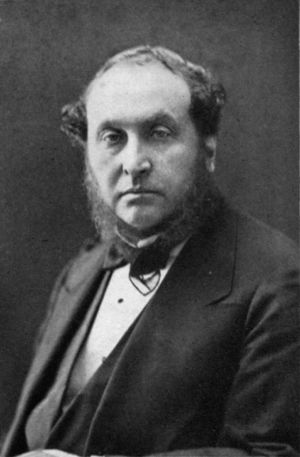 He was born in Naples as Michele Andrea Agniello Costa. He studied in Naples with his father, at the Real Collegio di Musica, and later with Niccolò Antonio Zingarelli.

In his youth, as throughout his life, he wrote a great quantity of music, including operas, symphonies and cantatas, all of which has long since passed into oblivion. In 1829 he visited Birmingham to conduct Zingarelli's Cantata Sacra, a setting of some verses from Isaiah ch. xii. However, the festival committee would not allow him to conduct and instead he appeared (unsuccessfully) as a tenor soloist. Nonetheless he decided to settle in England.

In 1830 he arrived in London, working at His Majesty's Theatre. Costa exerted real influence for change as a conductor at Her Majesty's and, later, at Covent Garden theatre, to which he seceded in 1847 after disagreements with the manager of Her Majesty's, Benjamin Lumley. His concern for discipline, accuracy, and ensemble was a novelty in its time and earned him the admiration both of Meyerbeer and Verdi. Despite this, he could not be claimed as a purist: his re-scoring of Handel's Messiah includes a part for cymbals.

Costa became a naturalized Englishman and received a knighthood in 1869. He was conductor of the Philharmonic Society from 1846 to 1854, of the Sacred Harmonic Society from 1848, and of the Birmingham Triennial Music Festival from 1849-1882. He conducted at the Bradford (1853) and Handel festivals (1857–1880), and the Leeds Festivals from 1874 to 1880.[1] He also taught several musicians in England, including contralto Emma Albertazzi.

He died in 1884 in Hove and was buried at Kensal Green. His home at 59 Eccleston Square in Pimlico, London, is commemorated with a blue plaque.

In 1855 Costa wrote the oratorio Eli, and in 1864 Naaman, both for Birmingham. Rossini's comment on the former was: "The good Costa has sent me an oratorio score and a Stilton cheese. The cheese was very good." An aria from Eli, "I will extol thee", was recorded in 1910 by the great British dramatic soprano Agnes Nicholls (1876–1959), and the quality of Costa's music can be judged on various CD re-masterings of this particular disc which have been issued in recent years.