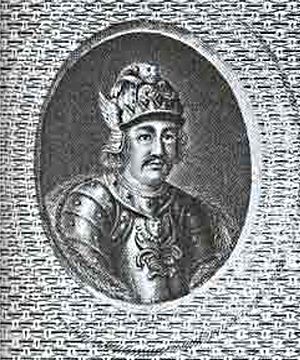 Yuri Dolgoruky's eldest son by his second marriage, Mikhalko Yuryevich was removed from the Suzdal lands by his half-brother Andrei Bogolyubsky, who apparently disliked his mother.

From 1162 to 1169 he lived in Ostyor, a small town near Chernigov, but then moved on to a town of Torchesk. Appointed by Andrei to rule Kiev upon the death of Gleb Yuriyevich in 1171, Mikhalko refused to take the throne and sent his younger brother Vsevolod to Kiev instead. He was besieged in Torchesk by another claimant to Kiev, prince Rurik of Smolensk, but concluded peace with him and was allowed to move his capital to Pereyaslavl. Next year, when Andrei invaded Southern Rus, he broke his ties with Rurik and swore allegiance to his brother.

Upon Andrei's death, Mikhalko Yuryevich succeeded him in Vladimir, but the hostilities with boyars of Suzdal and Rostov, who felt neglected by the rise of Vladimir, forced him to leave for Chernigov. The citizens of Vladimir soon called upon Mikhalko Yuriyevich to help them fight against Yaropolk Rostislavovich. He defeated this nephew of Andrei Bogolubsky's and regained the throne of Vladimir in 1175. Mikhalko died the next year and was succeeded by his brother Vsevolod.