The President of the Republic of Croatia is the Armed Forces Commander-in-Chief and it administrates it in times of war by giving orders to the Chief of staff, while their administration and the defense policy execution in times of peace is done by the Government through the Ministry of Defence. This unified institution consists of land, sea, and air branches referred to as:

Croatian Armed Forces are charged with protecting the Republic as well as supporting international peacekeeping efforts when mandated by the NATO, United Nations and/or European Union.

The total number of active military personnel in the Croatian Armed Forces stands at 17,500 and 6,000 reserves working in various service branches of the armed forces.[6]

Total available male manpower aged 16–49 number 1,035,712, of which 771,323 are technically fit for military service. Male citizens are now no longer subject to compulsory military service since January 1, 2008. However, the last generation of 2007 servicemen was also absolved of compulsory service by an act from then Minister of Defence Berislav Rončević.[7]

The Croatian military budget for the past 6–7 years was kept below 2% of GDP, a vast difference from the 1990s when defence expenditure represented a major stake in Croatian Budgetary expenditure due to the Croatian War of Independence. For example, 1995 Croatian defense budget stood at 12.4 billion Croatian Kuna or just over 12% of GDP, which was also the highest defense expenditure ever.

Although the budget has been decreased from year to year, the Croatian Armed Forces were able to maintain military readiness and to participate in major NATO exercises in Croatia and overseas.

This downsizing of the armed forces has allowed for more funds to be allocated to modernization over the past few years with an average of 1.6 billion kuna spent on modernization, infrastructure and construction of new facilities.[12][13]

Modernization, although sporadic, has provided the Armed forces with desperately needed new equipment, albeit in insufficient quantities to maintain NATO levels, which should be remedied over the coming years.

A long term modernization plan, 2015-2024 has been published outlining overall goals and is available for download (102 pages) at the Ministry of Defence of Croatia website. According to earlier reports from the government, the Croatian Armed Forces are set to receive vitally needed new equipment, including a battalion of self-propelled howitzers, new infantry fighting vehicles, at least eight brand new helicopters and a squadron of fighter aircraft.

At the moment the Croatian Air Force will keep 12 MiG-21bis fighter aircraft, which received a general overhaul in Ukraine in order to keep them operational for another 4 to 5 years.[12][13] 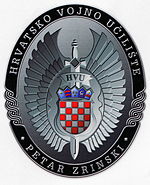 The Petar Zrinski military academy acts as an school of higher learning responsible for training and educating future generations of military personnel. The Academy consists of several schools, including "Ban Josip Jelačić"; "Blago Zadro"; "Katarina Zrinska"; the Officer's Academy, and a school for non commissioned officers. In all the Academy has at any time 300 full-time staff and is the only Military Academy in Croatia. Each year some 100-120 foreign nationals attend the academy.

Structure of the Croatian Armed Forces 2009 (click to enlarge) 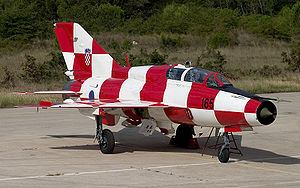 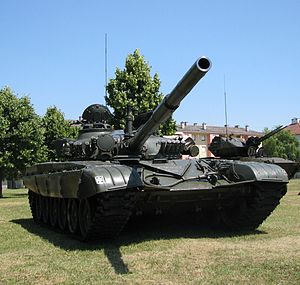 One of 74 Croatian-built M-84A4 Sniper main battle tanks in service with the Croatian Army. 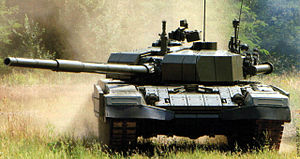 M-95 Degman, a prototype Croatian main battle tank (2 currently built). The Degman is a modernization of the M-84 tank. 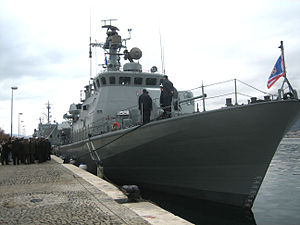 The General Staff is part of the Ministry of Defense in charge of commanding, training and use of the Armed Forces. It also has a number of units under its direct command, including the Special Operations Battalion, Honor Guard Battalion and several others.

Special Operations Battalion (Croatian: Bojna za specijalna djelovanja or BSD) was founded on September 8, 2000 with the merging of the Special Combat Skills Center and some personnel from the 1st Croatian Guards Corps (1. Hrvatski Gardijski Zdrug). The Battalion has 300 men. Today, it is one of the most elite units of the Croatian military, as well as being one of the best trained and equipped special forces units in the region.[14]

The Croatian General Staff exercises direct command over the battalion which thus elevates the unit to strategic level deployment for quicker reaction and overall better and faster response to tactical and strategic situations. Also, this means that members of all three branches of the Croatian armed forces can apply for selection.

The duties of an Honour Guard are performed by the Počasno zaštitna bojna (300 men), located at Zagreb in the Tuškanac military base.[14]

A $3-Billion modernization plan was proposed by the then Prime Minister Ivica Racan of the SDP led Government in 2003, with planned modernization starting in 2006 and ending in 2015. However it has been delayed in part due to the subsequent economic recession, but also due to serious corruption that has cost the Croatian MOD several billion kuna since 2006. A New Plan under the current Prime Minister Zoran Milanović should define exactly how and what the Croatian armed forces should look like by 2023. A Defense White paper was published in 2015 with emphasis placed on modernization of the Army.

Navy plans are still being worked on but present plans call for a moderate expansion of the naval force.

Croatia as a small country has a relatively well developed arms industry that is highly competitive internationally with significant annual arms exports. In 2012, Croatia managed to export nearly €120 million.[15] However it has been reported in The New York Times that Croatia has been arming Syrian rebels with Croatian manufactured arms used during the homeland war, arms Croatia no longer uses due to their obsolescence. Nevertheless, these arms played a crucial role in some significant rebel gains during 2012.[16][3] As a result of these arms sales into this volatile region the Croatian government ordered the immediate withdrawal of the Croatian UN Golan Heights contingent to avoid their being targeted in retaliation.

In 2013 Croatia exported €143 million worth of arms,[17][18] however it is not clear if this also includes $36.5 million worth of arms Croatia exported to Jordan for Syrian rebels. Croatia was the top supplier of arms to Syrian Rebels in 2013, but much of it through illicit channels and without Croatian Government approval or knowledge, most of these arms were exported via Jordan.[19]

In 2014 Croatia arms exports have reached 1.5Bn HRK (Croatian kuna) or €200 million or $257 million, the majority of exports being to NATO allies and Australia. In late 2014 the Croatian Defence Minister announced a major export deal to Iraq including the State of Kurdistan. This agreement includes the sale of 20,000 VHS Rifles, 150,000 complete sets of uniforms, helmets and associated equipment valued at €100 million.[20] Croatian arms exports are growing steadily at 10-15% yoy and they're expected to reach 1.75 billion HRK in 2015 or around €230 million, although much of the equipment exported is non lethal. Croatian firms are well positioned on some major arms tenders in middle east, supplying complex military hardware such as Patria AMV including a newly developed 30mm overhead weapon station (valued at €1.25 million each) and said vehicles valued at €1.75 million. Kuwait, UAE and Saudi Arabia have been mentioned as potential customers although so far no concrete contracts have been signed. Croatian firms are participating in Kuwaiti and UAE tenders for "next" APC programs, each valued at billions of euros.

On April 1, 2009 Croatia joined NATO and on July 1, 2013 it became the 28th member of the European Union. The Croatian Armed Forces participate in many of the (military) aspects of both organizations as well as actively participating in many United Nations peacekeeping operations worldwide.