From Infogalactic: the planetary knowledge core
Jump to: navigation, search
For other uses, see Molise (disambiguation).

Molise (pronounced [moˈliːze]; Molisano: Mulise) is a region of Central Italy. Until 1963, it formed part of the region of Abruzzi e Molise, alongside the region of Abruzzo. The split, which did not become effective until 1970, makes Molise the newest region in Italy. The region covers 4,438 square kilometres (1,714 sq mi) (the Aosta Valley is the only smaller region) and has a population of about 300,000.

The region is split into two provinces, named after their respective capitals Isernia and Campobasso. Campobasso also serves as the regional capital. 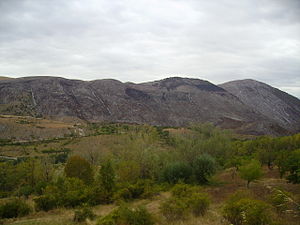 Molise is bordered by Abruzzo to the north, Apulia to the east, Lazio to the west and Campania to the south. It has a short coastline to the northeast, lying on the Adriatic Sea. 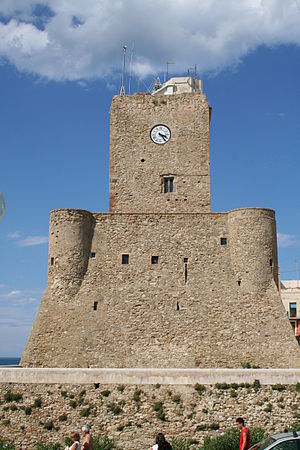 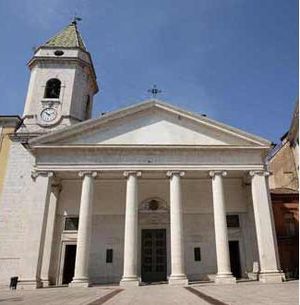 Though there is a large Fiat plant (Termoli), the industrial sector is dominated by the construction industry with small and medium-sized farms spread widely throughout the region. Another important industry is food processing: pasta, meat, milk products, oil and wine are the traditional products of the region. In the services sector the most important industries are distribution, hotels and catering, followed by transport and communications, banking and insurance. With few exceptions, in all sectors firms are small, and this explains the difficulties encountered when marketing products on a national scale.[3]

After the earthquake of 2002 some of the communities in Molise adopted a policy which contributed state money to individuals willing to make their homes more resistant to seismic activity. Larino, near Termoli, was a particular beneficiary of this policy and the town, already one of the most beautiful in the province, has been transformed. It was policy to return the houses to their historical colours and, based on careful research, the structures were painted in a range of soft pastel tones. As a result, Larino has become an important centre for tourism and scores of expatriates from all over the world are returning to live in the revived centro storico (antique centre).

International tourism is becoming more evident largely as a result of the international flights from other European states, Great Britain, and North America which enter Pescara not far to the north in Abruzzo. The tourists are attracted by large expanses of unspoilt beaches, a relative lack of congestion, and the gentle pace of life.

The density of the population in Molise is well below the national average. In 2008, Molise registered 72.3 inhabitants per km2, compared to a national figure of 198.8. The region is subdivided into two provinces: Campobasso and Isernia, covering together 1.5% of the Italian territory and less than 1% of its population. The larger province in terms of surface area is Campobasso (2,909 km2) and the smaller is Isernia (1,529 km2). The province of Campobasso is the more densely populated of the two provinces, with 79.4 inhabitants per km2, whereas Isernia registered 58.9 inhabitants per km2.[4] At the end of 2008 the most populous towns were Campobasso (51,247 inhabitants), Termoli (32,420) and Isernia (21,811).

In the period 1951-71, large-scale emigration to other countries of the European Union, to other parts of Italy and overseas led to a significant decline in the population of Molise. Negative net migration persisted until 1981. Large-scale emigration has caused many of the smaller towns and villages to lose over 60% of their population, while only a small number of larger towns have recorded significant gains. From 1982 to 1994, net migration has been positive, then followed by a negative trend until 2001. Between 1991 (330,900 inhabitants) and 2001 (320,601 inhabitants), the population of the region decreased by 3.1%;[4] since 2001 the population remained stable.

The region consists of only one ethnic minority: The Molisan Croats (20,000 people who speak an old Dalmatian dialect of the Croatian language alongside Italian).

Although the region has a center-right local government, at the April 2006 elections, Molise gave 50.5% of its votes to Romano Prodi of the centre-to-left Olive Tree party. Nonetheless, in November of the same year, Michele Iorio (centre-right candidate), won the regional election with over 54% of votes. 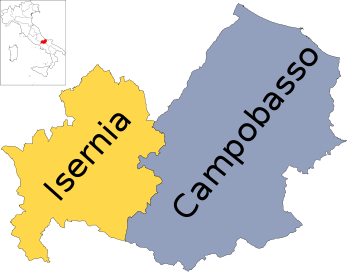 Molise shares many cultural links with the neighboring region of Abruzzo. 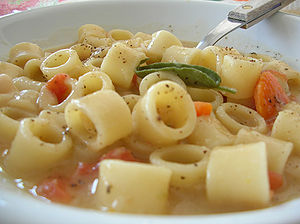 The cuisine of Molise is similar to the cuisine of Abruzzo, though there are some differences in the dishes and ingredients. The flavors of Molise are dominated by the many aromatic herbs that grow there. Some of the characteristic foods include spicy salami, a variety of locally produced cheeses, dishes using lamb or goat, pasta dishes with hearty sauces, and vegetables that grow in the region.

In addition to bruschetta, a typical antipasto will consist of any of several meat dishes, such as the sausages Capocolli, the fennel-seasoned Salsiccie al finocchio, Soppressata, ventricina, frascateglie or sanguinaccio. In addition to these sausages, a variety of ham is available, such as smoked prosciutto. Frequently, the sausages are enjoyed with polenta.

Main dishes of the region include:

Typical vegetable dishes may include:

Fish dishes include red mullet soup, and spaghetti with cuttlefish. Trout from the Biferno river is notable for its flavor, and is cooked with a simple but tasty sauce of aromatic herbs. And finally Zuppa di pesce, a fish stew, a specialty of Termoli.

Sweets and desserts have an ancient tradition here and are linked to the history of the territory and to religious and family festivities. Most common are:

Molise is twinned with: