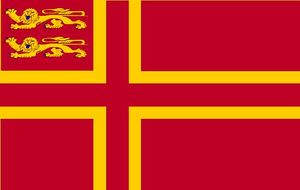 The Mouvement normand (Norman Movement) is a regionalist political organisation from Normandy, in Northern France.

Unlike many regionalist groupings, it rejects "separatism" and underlines the view that people of Normandy are one of the constituent nationalities that made up the French nation. They also see the people of Normandy as direct inheritors of authentic Normans and also the results of their overseas exploits, including the Norman conquest of England.

The Mouvement normand had always recruited its supporters from the French far-right, especially Front National. However, in recent years, there is a significant attraction for the members of centre-right parties such as Union for French Democracy (UDF).