A municipal corporation is the legal term for a local governing body, including (but not necessarily limited to) cities, counties, towns, townships, charter townships, villages, and boroughs.

Municipal incorporation occurs when such municipalities become self-governing entities under the laws of the state or province in which they are located. Often, this event is marked by the award or declaration of a municipal charter.

A city charter or town charter (generically, municipal charter) is a legal document establishing a municipality such as a city or town. The concept developed in Europe during the middle ages and is considered to be a municipal version of a constitution.

Traditionally the granting of a charter gave a settlement and its inhabitants the right to town privileges under the feudal system. Townspeople who lived in chartered towns were burghers, as opposed to serfs who lived in villages. Towns were often "free", in the sense that they were directly protected by the king or emperor, and were not part of a feudal fief.[citation needed]

Today the process for granting charters is determined by the type of government of the state in question. In monarchies, charters are still often a royal charter given by the Crown or the state authorities acting on behalf of the Crown. In federations, the granting of charters may be within the jurisdiction of the lower level of government such as a state or province.[citation needed] 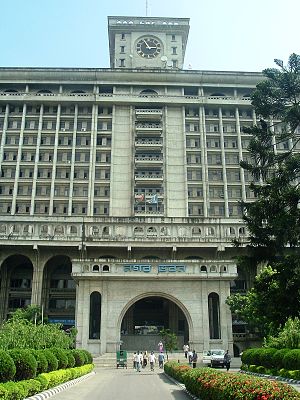 In Canada charters are granted by provincial authorities.

In Germany, municipal corporations existed since antiquity and through medieval times, until they became out of favour during the absolutism. In order to strengthen the public spirit, the city law of Prussia dated 19 November 1808 picked up this concept. It is the basis of today's municipal law. 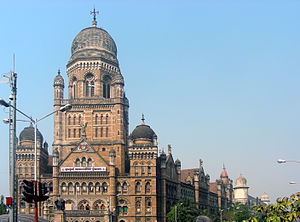 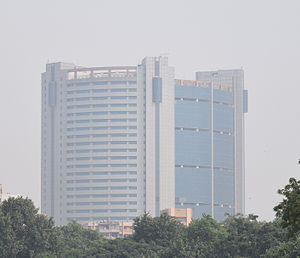 In India a Municipal Corporation is called by different names which varies from state to state all of which are translated to "Municipal Corporation" in English, these names including Nagar Nigam(in Delhi, Uttar Pradesh, Bihar, Rajasthan, Haryana), Mahanagar Palika(in Maharashtra, Goa, Karnataka), Pouro Nigom(in West Bengal), Pur Porishod(in Tripura), Nagar Palika Nigam(in Madhya Pradesh), etc. The detailed structure of these urban bodies varies from state to state, as per the laws passed by he state legislature(Vidhan Sabha) but the basic structure and function is almost the same. Under the panchayati raj system, it interacts directly with the state government, though it is administratively part of the district it is located in. The largest Municipal Corporations in India currently are Mumbai, followed by Delhi, Kolkata, Bengaluru, Chennai, Hyderabad, Ahmedabad, Surat and Pune.[citation needed]

The Corporation of Chennai is the oldest Municipal Corporation in the world outside UK.[1]

The Municipal Corporation is responsible for roads, public transportation, water supply, records of births and deaths (delegated from central government Births and Deaths Registration Act), sanitation that includes waste management, sewage, drainage and flood control, public safety services like fire and ambulance services, gardens and maintenance of buildings. The sources of income of the Corporation are property tax, entertainment tax, octroi (now abolished from many cities) and usage fees for utilities.[citation needed]

The title "corporation" was used in boroughs from soon after the Norman conquest until the Local Government Act 2001. Under the 2001 act, county boroughs were renamed "cities" and their corporations became "city councils"; other borough corporations were renamed "borough councils".[2] Prior to 2001 "city council" or "borough council" referred only to the elected councillors as an assembly, while the "corporation" was the corporate body over which the council presided.

In the Lordship of Ireland, settlements were granted charters by the English king, and at first also by powerful local magnates. Later charters established a council whose head was styled the mayor, sovereign, or provost. Dublin Corporation existed from the 13th century and from 1840 was officially styled

the Right Honourable the Lord Mayor, Aldermen, and Burgesses of the City of Dublin

In Tudor and Stuart Ireland, numerous corporations were established for parliamentary boroughs in the Irish House of Commons, many of which were pocket boroughs where the corporation's burgesses were controlled by a single patron. City status and corporate county status were given to a few boroughs. The Acts of Union 1800 disfranchised all but 35 boroughs and the Municipal Corporations (Ireland) Act 1840 abolished all but ten and their corporations. Town commissioners took over municipal government in other towns. Some commissioners had the right to petition for restoration of borough status and redesignation as a corporation, but only Wexford did so. Under the Local Government (Ireland) Act 1898, the larger boroughs became county boroughs with the corporation equivalent to a county council; smaller boroughs had the status of urban districts within a county, with corporations equivalent to urban district councils.

After the Partition of Ireland, the corporations in the Irish Free State were Dublin, Cork, Limerick and Waterford (county boroughs) and Drogheda, Kilkenny, Sligo, Clonmel, and Wexford (non-county boroughs). Dún Laoghaire gained borough status in 1930 as “The Corporation of Dun Laoghaire".[3] Galway's borough status, lost in 1840, was restored in 1937; it was formally styled "the Mayor, Aldermen and Burgesses of the Borough of Galway”,[4] but referred to as "the Corporation".[5]

In Northern Ireland, borough corporations and urban and rural district councils were abolished by the Local Government Act (Northern Ireland) 1972, as were the county councils; both levels of local government were replaced with unitary districts.[citation needed]

The municipality of Durban was called the Durban Corporation.[6]

In Sweden until 1951, cities were established by royal charter; see City status in Sweden. 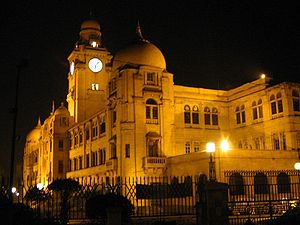 In Pakistan, Municipal Corporation is a local government body status which is granted to the cities with population more than half a million. The old Municipal Corporation are Karachi, Lahore, Faisalabad, Hyderabad, Rawalpindi, Peshawar, Multan, Quetta, Gujranwala, Sargodha, Bahawalpur and Sialkot.

Main article: Cities of the Philippines

From the beginning of American colonial rule, Philippines cities were formally established through laws enacted by the various national legislatures in the country. The Philippine Commission gave the city of Manila its charter in 1901, while the city of Baguio was established by the Philippine Assembly which was composed by elected members instead of appointed ones. During the Commonwealth era, the National Assembly established an additional ten cities. Since achieving independence from the United States in 1946 the Philippine Congress has established 124 more cities (as of September 2007), the majority of which required the holding of a plebiscite within the proposed city's jurisdiction to ratify the city's charter.[citation needed]

In England and Wales corporations developed in the medieval period as the governing bodies of boroughs. They were generally incorporated by royal charter, with the power to hold property, and were headed by a mayor. They were reformed by the Municipal Corporations Act 1835, which established a system of municipal boroughs governed by corporations. In 1889 larger boroughs became county boroughs, also governed by corporations. The term corporation largely fell out of use in the reforms introduced by the Local Government Act 1972. Municipal boroughs and county boroughs were replaced by metropolitan and non-metropolitan districts (some of which were given the status of borough or city). The governing bodies of the new districts were known as councils, rather than corporations.[citation needed]

In Scotland the term corporation was used for the governing bodies of counties of cities, but as in England and Wales the term fell out of use in the reforms introduced by the Local Government (Scotland) Act 1973.[citation needed]

In the United States, such municipal corporations are established by charters that are granted either directly by a state legislature by means of local legislation, or indirectly under a general municipal corporation law, usually after the proposed charter has passed a referendum vote of the affected population.