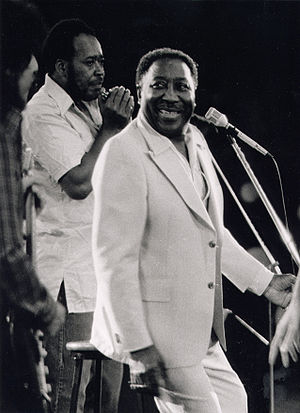 Chicago, Illinois is a major center for music[1] in the midwestern United States where distinctive forms of blues (greatly responsible for the future creation of rock and roll), and house music, a genre of electronic dance music, were developed.

In the early 1930s, Gospel music began to gain popularity in Chicago due to Thomas A. Dorsey's contributions at Pilgrim Baptist Church.

In the 1980s and 1990s, heavy rock, punk and hip hop also became popular in Chicago. Orchestras in Chicago include the Chicago Symphony Orchestra, the Lyric Opera of Chicago and the Chicago Sinfonietta.[2] 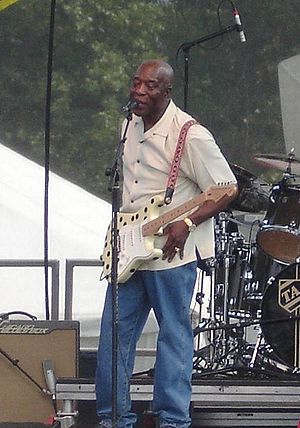 Chicago's music scene has been well known for its blues music for many years. "Chicago Blues" uses a variety of instruments in a way which heavily influenced early rock and roll music, including instruments like electrically amplified guitar, drums, piano, bass guitar and sometimes the saxophone or harmonica, which are generally used in Delta blues, which originated in Mississippi. Chicago Blues has a more extended palette of notes than the standard six-note blues scale; often, notes from the major scale and dominant 9th chords are added, which gives the music more of a "jazz feel" while still being in the blues genre. Chicago blues is also known for its heavy rolling bass. The music developed mainly as a result of the "Great Migration" of poor black workers from the South into the industrial cities of the North, such as Chicago in particular, in the first half of the 20th century.

Chicago is one of the places where the faster, juicier boogie-woogie emerged from the blues. The most renowned early recordings of boogies were made in Chicago with Clarence Pinetop Smith, who might have been influenced by the brothers Hersal Thomas and George W. Thomas from Houston, who were together in Chicago in the 1920s.

House music originated in a Chicago nightclub called The Warehouse. Chicago house is the earliest style of house music. While the origins of the name "house music" are unclear, the most popular belief is that it can be traced to the name of that club. DJ Frankie Knuckles originally popularized house music while working at The Warehouse.[3]

House music was developed in the houses, garages and clubs of Chicago, and was initially for local club-goers in the "underground" club scenes, rather than for widespread commercial release. As a result, the recordings were much more conceptual, and longer than the music usually played on commercial radio. House musicians used analog synthesizers and sequencers to create and arrange the electronic elements and samples on their tracks, combining live traditional instruments and percussion and soulful vocals with preprogrammed electronic synthesizers and "beat-boxes". 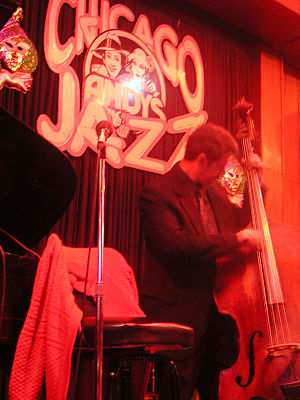 The distinctive "Chicago style" of jazz originated in southern musicians moving North after 1917, bringing with them the New Orleans "Dixieland" or sometimes called "hot jazz" styles.[4]

King Oliver and Jelly Roll Morton became stars of the Chicago jazz scene. Louis Armstrong's recordings with his Chicago-based Louis Armstrong and his Hot Five and Hot Seven band came out in the years 1925 to 1928. These recordings marked the transition of original New Orleans jazz to a more sophisticated type of American improvised music with more emphasis on solo choruses instead of just little solo breaks. This style of playing was adopted by white musicians who favored meters of 2 instead of 4.[5] Emphasis on solos, faster tempos, string bass and guitar (replacing the traditional tuba and banjo) also distinguish Chicago-style playing from Dixieland.

Important musicians in the Chicago style include Lovie Austin, Muggsy Spanier, Jimmy McPartland, Bix Beiderbecke, Eddie Condon, Bud Freeman, Benny Goodman, Gene Krupa, Frank Teschemacher, and Frank Trumbauer.[5] The gangsters of Chicago engaged profiled musicians like Earl Hines, whose benefit was to lead an orchestra in one of the city's top locations. Hines and Benny Goodman emancipated from Chicago style when they became two of the most famous band leaders of the swing era.

File:Mayor's Office Festivals Billboard.jpg
The Jazz Festival is among the most important annual public festivities in the city.

Musicians from all surviving eras of jazz perform regularly in the city, release recordings, and tour nationally and internationally.

Sinyan Shen, internationally known for his Shanghai classical repertoire and Shanghai jazz performances based on tonal interests and just intervals, is based in Chicago.

Musicians still performing today who originally came to prominence in the bebop and hard bop eras include Von Freeman and Jimmy Ellis, both contemporaries of former Chicagoan Johnny Griffin.

Members of Chicago's Association for the Advancement of Creative Musicians working regularly in the city include Fred Anderson, Ernest Dawkins, Aaron Getsug, and Isaiah Spencer. Since the 1960s, members of the organization have performed their version of "Great Black Music" throughout the world.

Innovative jazz musicians who have come to public attention since the early 1990s include Marbin, David Boykin, Karl E. H. Seigfried, Jeff Parker, and Jim Baker. Common to many of this new generation is an embrace of a wide variety of styles and techniques.[7]

During the mid-1960s to the late 1970s a new style of soul music emerged from Chicago. Its sound, like southern soul with its rich influence of black gospel music, also exhibited an unmistakable gospel sound, but was somewhat lighter and more delicate in its approach, and was sometimes called "soft soul". 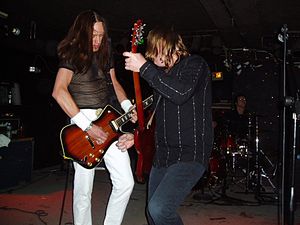 In 1965 Chicago's burgeoning pop rock horn sound moved into national exposure with the brass arrangements in early recordings by The Buckinghams, who recorded their first hits at the historic Chess Studios. Their horn sound was followed quickly and expanded upon substantially by the rock band Chicago, originally named the Chicago Transit Authority. Other popular Chicago-based bands from the 1970s and early 1980s include Shadows of Knight, Cryan' Shames, The Buckinghams, The Flock, Ides of March, New Colony Six, Mason Proffit, Styx, Survivor, REO Speedwagon (Champaign) and Cheap Trick (Rockford).

As documented in Michael Azerrad's Our Band Could Be Your Life, the 1980s independent music scene was alive and well in Chicago. Some of the more famous punk and "post-punk" products originating from the city were Naked Raygun, The Effigies, 88 Fingers Louie, Big Black, The Queers and Screeching Weasel, with punk legend Patti Smith also born in the city. Many of these bands would become major precursors to pop punk (Screeching Weasel and The Queers) and post-hardcore (Big Black and Naked Raygun).[8] At this time Steve Albini (of Big Black) also began his prolific recording engineer work with acts both local and national.[9]

Since the late 1990s/early 2000s, Chicago has also become a major force in the American heavy metal scene including a handful of deathcore, death metal and industrial metal groups. Bands such as Dope, Disturbed, From Zero, No One, Ministry, Dance Club Massacre, Born of Osiris, Veil of Maya, Macabre, Oceano and Lovehammers hail from the Chicago area.

Since the 2000s Chicago has remained a hotbed for independent music. Being home to a number of independent record labels such as Touch and Go Records, Thrill Jockey Records, Bloodshot Records, Drag City Records, Victory Records and Hozac Records, Chicago continues to have one of the most active indie scenes in the United States. The area is home to the foundations of American hardcore punk, alt-country, noise rock, industrial music, and many other independent music scenes.

Chicago's music scene varies from neighborhood to neighborhood, but overall has a large focus on independent music due to its influences from local record stores and local radio stations WXRT-FM and Loyola University Chicago's WLUW.

The Palmer Squares, a rap duo based out of Palmer Square, are an up-and-coming rap act that is quickly gaining popularity. They are signed to Stank Face Records, a Chicago-based record label that is also home to other underground Chicago rappers.

Today, Chicago is well established within the hip hop industry.

Chicago artists and impresarios have been important in the development of the Gospel music genre.[13] Its origin and rise in popularity is mainly due to the "godfather of Gospel music", Thomas A. Dorsey. Dorsey began his career as a blues pianist, but later began composing religious music to the rhythms of jazz and blues, later calling it "Gospel".[14] His most popular song, "Precious Lord, Take My Hand", was a favorite of Martin Luther King, Jr., and was sung by Mahalia Jackson by his request at his funeral. Many other artists have recorded their own renditions of "Precious Lord", including another Chicago Gospel artist, Albertina Walker. Dorsey influenced other Chicago Gospel artists such as The Caravans and Little Joey McClork.

Tired of the treatment he received in other music publishing houses, Dorsey founded his own called Dorsey House of Music.

Music historians often cite Pilgrim Baptist Church in Chicago's Bronzeville neighborhood as the birthplace of Gospel music. Originators of the genre, including James Cleveland, The Staples Singers, and the Edwin Hawkins singers, have performed there.

Other instrumental members in the Gospel music movement were Roberta Martin, Sallie Martin, and Kenneth Morris.

The influences of jazz and blues have been replaced with more contemporary influences such as hip hop music, rap, and rhythm and blues.[15]

Chicago is home to the annual GospelFest where traditional and contemporary Gospel choirs perform.

Music venues and institutions in Chicago

Exterior of the Civic Opera House

Chicago has many music venues.