The Music of Sicily refers to music created by peoples from the isle of Sicily. It was shaped by the island's history, from the island's great presence as part of Magna Grecia 2,500 years ago through various historical incarnations as a part of the Roman Empire, then an integral part of the Kingdom of Sicily, and, finally, as an Autonomous Region of the modern nation state of Italy.

Sicily is home to a great variety of Christian music, including a cappella devotional songs from Montedoro and many brass bands like Banda Ionica, who play songs from a diverse repertoire. Harvest songs and work songs are also indigenous to the agricultural island, known as "Italy's granary". Sicilian flute music, called friscaletto, is also popular among traditionalist Sicilians, as are Messina's male choirs and the island's "ciarameddi" (bagpipes).

Franco Battiato, Carmen Consoli, Fratelli Mancuso and Ciccio Busacca are among the most popular musicians from Sicily. Busacca has worked with Dario Fo, like many Italian musicians, but is perhaps best known for his setting the poems of Ignazio Buttitta, a poet who wrote in Sicilian. Fratelli Mancuso (with brothers Enzo and Lorenzo Mancuso) have fused traditional Sicilian peasant songs (lamentazioni), monodic chants (alla carrettiera) and other indigenous forms to create a uniquely Sicilian modern song style.

Sicily has the most vibrant jazz scene in Italy, based in Palermo and including Enzo Rao and his group Shamal, who have added native Sicilian and Arab influences to American jazz. Sicily is also home to Franco Battiato, a popular musician and composer who fused rock and roll with traditional and classical influences, beginning with 1979's L'era del cinghiale bianco, a popular landmark album. Pop Classical Crossover soundtrack queen Romina Arena hails from Sicily. She has not only recorded in her Sicilian/Italian languages but recorded and released recordings in many other languages including English, Japanese, Spanish and French worldwide.[1]

Sicily's historical connections lie not primarily with mainland Italy, but with the ancient Greeks, Arab and Spanish cultures. The result has been a diverse and unique fusion of musical elements on the island. American musicologist Alan Lomax made some historic recordings of Sicilian traditional music in the 20th century, including lullabies, dance music, festival music, epic storytelling and religious music.

Sicily is home to several different types of folk music instruments, many of which can also be found in other parts of Southern Italy. The Sicilian ciaramedda is a type of Italian Zampogna (Bagpipe) that has two equal length chanters and from two to three drones. All the pipes use single cane reeds made from Arundo donax. Also made out of Arundo donax is a small end-blown flute called a friscaletto or friscalettu. The jaw harp, known in Sicilian as "marranzanu" is heavily associated with Sicilian folk music. Since its invention in the early 19th century the Organetto, a diatonic folk accordion is also prevalent in traditional Sicilian music. Percussion instruments include tambourines and other frame drums as well as the "cupa cupa", a unique-sounding friction drum.

Sicily has 9 provinces. They are Palermo, Agrigento, Caltanissetta, Catania, Enna, Messina, Ragusa, Siracusa, and Trapani, (each named for the largest city and capital of the province). By province they offer these venues and activities: 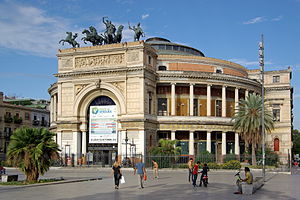 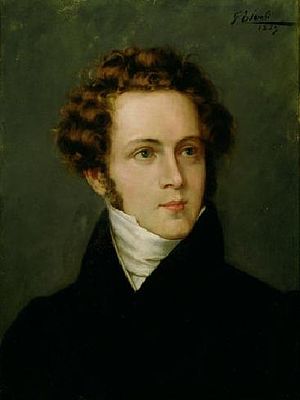 Moreover, in Taormina there is one of the most charming music venues of Italy, the well-preserved Greek theatre which regularly hosts a season of concerts every summer.