Musicians Hall of Fame and Museum 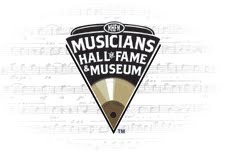 The Musicians Hall of Fame and Museum (MHOF) honors all musicians regardless of genre or instrument. The MHOF timeline starts with the beginning of recorded music and inductees are nominated by current members of the American Federation of Musicians and by other music industry professionals.

The museum first opened June 6, 2006 at 301 6th Ave. S., Nashville, Tennessee Exhibits consisted of instruments owned and played by well-known artists as well as behind-the-scenes session musicians. These musicians were often the house studio musicians in cities such as Memphis, Los Angeles, Detroit, Nashville, Muscle Shoals and New York City. These musicians were often the unsung heroes behind the hits of many great artists. These relatively small groups of players often recorded the majority of hits in the 1950s, 1960s, 1970s and 1980s. The museum was voted venue of the year by the Meeting Professionals International in 2008.

2008 (2nd Annual) – Billy Sherrill, The Crickets, Al Kooper, Duane Eddy, The Memphis Horns, Booker T and the MGs, The Muscle Shoals Rhythm Section & Friends. Keith Richards, Kid Rock, Phil Everly and Lee Ann Womack were among the performers to welcome the inductees. Richards joined The Crickets on stage for a performance of Holly's "Don't Fade Away," which The Rolling Stones covered in 1964.[2]

In February 2010, under the rules of eminent domain, the city of Nashville purchased the MHOF property in order to make room for the Music City Center (new convention center). On August 29, 2013 the MHOF reopened on the first floor of the historic Nashville Municipal Auditorium just off the James Robertson Parkway exit at 417 4th Avenue North, Nashville, TN 37201.[5] The 200,000 square foot building houses the historic 10,000 seat Municipal Auditorium. The 68,000 sq. ft. exhibit floor, which was also Nashville’s first convention center, will now house the museums artifacts and museum.[6][7]