My Dying Bride are an English doom metal band formed in Bradford, England in 1990. To date, My Dying Bride have released twelve full-length studio albums, three EPs, one demo, one box set, four compilation albums, one live album, and one live CD/DVD release.

Along with Anathema and Paradise Lost, My Dying Bride is a forerunner of the death/doom metal genre and considered part of the "Peaceville Three" as all three bands were signed to Peaceville Records at the time.

My Dying Bride were formed in Bradford in the north of England in June 1990 after guitarist Andrew Craighan and drummer Rick Miah co-formed the band after they had split from Abiosis, joining vocalist Aaron Stainthorpe and guitarist Calvin Robertshaw while ending Abiosis. After six months of rehearsing, the band recorded and released their demo, Towards the Sinister, which was produced by Tim Walker of Voltage Records. Its title was taken from a line in the song "Symphonaire Infernus et Spera Empyrium". The band would soon release their first single, "God Is Alone", on a small French label called Listenable. After the single had sold out almost immediately, they were picked up by Peaceville Records, and they could release their first EP, Symphonaire Infernus Et Spera Empyrium, which also featured their latest recruit, bassist Adrian Jackson. The EP was soon followed by their first full-length album, As the Flower Withers.

As the Flower Withers was followed by a big tour in the UK and the mainland Europe, and in 1992 they recorded their next EP, The Thrash of Naked Limbs. Another tour was planned, but cancelled when their current drummer had a bad fall while shooting the accompanying video. In 1993, Martin Powell joined as My Dying Bride's keyboardist and violinist, and they started the recording of their second studio album, Turn Loose the Swans. With the joining of Martin Powell, the usage of violin increased even more since their As the Flower Withers album. The album was followed by a tour and the release of another EP, I Am the Bloody Earth, in 1994.

Like Gods of the Sun continued in the direction of The Angel and the Dark River, in that it did not contain any growling vocals by Aaron Stainthorpe. This was the fourth, full-length album of My Dying Bride featuring songs like "A Kiss to Remember", "For You" and "For My Fallen Angel". "For My Fallen Angel" is strictly an orchestral composition with sections of violin and synth. It is also the last MDB album to feature a violin, until For Lies I Sire.

The somewhat experimental 34.788%...Complete was next, followed by The Light at the End of the World. My Dying Bride entered a hiatus after this, releasing two retrospective albums Meisterwerk 1 and Meisterwerk 2. The Meisterwerk albums are compilations that contain previously released and rare material from My Dying Bride. At the end of the hiatus Calvin Robertshaw left the band to become their tour manager and was replaced by Hamish Glencross.

Originally released in 2001, The Dreadful Hours featured new material with the seventh release. The album was again engineered by Mags and co-produced by guitarist Andrew Craighan. Between 2003 and 2004, the band's label, Peaceville, re-released their entire back-catalogue in digipak format, with bonus tracks consisting of demos, remixes, and live performances added to each release (except "The Light at the End of the World").

2004's follow-up Songs of Darkness Words of Light showed a band continuing to expand and refine their sound and purpose. A substantial increase in live performances — once an unheard-of rarity — has led to much greater recognition by a new generation of fans.

The band's next release came in May 2005, when they released the fancifully titled Anti-Diluvian Chronicles, a fully-fledged best of box set featuring three discs and thirty tracks.

The band spent the winter of 2005/2006 writing material for new studio album A Line of Deathless Kings. The album was released on 9 October 2006. It was preceded by the EP Deeper Down on September 18. Shortly before the release of A Line of Deathless Kings, Shaun Taylor-Steels announced his permanent departure from the band due to persistent problems with his ankle.

In early 2007, Jackson announced his departure and session-drummer John Bennett from The Prophecy could no longer stay, citing a lack of time due to work commitments. Replacements were found in Lena Abé on bass and Dan Mullins on drums.[1] 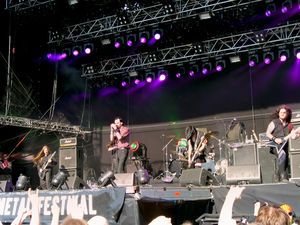 My Dying Bride playing at Tuska 2009.

In November 2008, My Dying Bride began work on their tenth studio album, entitled For Lies I Sire, which was released on 23 March 2009. Due to Sarah Stanton's pregnancy, she had been replaced on keyboards by Katie Stone, she performed violin on For Lies I Sire. Soon after the album's release, she was replaced by Shaun MacGowan.

On 26 October 2009 saw the release of My Dying Bride's new EP/DVD, Bring Me Victory. Except for the title track and its video, it also includes a doom metal cover of the traditional song Scarborough Fair, a cover of Failure by Swans and a live version of Vast Choirs (originally from As the Flower Withers), performed at Graspop 2008.[2]

To commemorate the 20th anniversary of My Dying Bride's existence, the album Evinta was released on 30 May 2011. Evinta featured some previous My Dying Bride material re-worked as neo-classical and ambient songs.[3] Soon after, the band announced the release of the EP The Barghest O' Whitby, which was released 7 November 2011, and consists of a single, 27-minute track.[4][5] 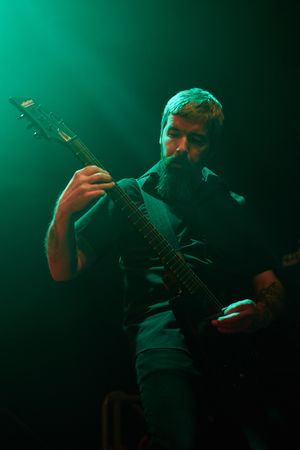 On 17 April 2012, it was announced that in a one-off show in Leeds, My Dying Bride would headline the Jagermeister stage at Damnation Festival 2012. The report on the festival's official website also stated that new album material would be premiered during the show.[6] In May 2012 a list of European tour dates was announced for December that year.

On 27 July 2012, the title, artwork, and tracklisting of the forthcoming 11th studio album, A Map of All Our Failures, was announced on the band's website. It was stated that the album would be released 15 October in Europe and 16 October in the USA on CD, double vinyl & special edition CD/DVD.

On 13 May 2013, the band released a four-track EP, The Manuscript. Three of the four tracks from the EP were recorded at the same time as A Map of All Our Failures.[9] A year later on 26 May 2014 the songs of this EP were re-released together with The Barghest O' Whitby as The Vaulted Shadows LP.

On 6 June 2014, My Dying Bride announced via their web site that guitarist Hamish Glencross had been fired upon returning from their U.S. 2014 Maryland Deathfest appearance, and that original guitarist Calvin Robertshaw would be returning to the band.[10]

On the 24 October 2014, My Dying Bride announced that they were in the studio recording their 12th full studio album Feel the Misery at Academy Studios’ in Dewsbury, West Yorkshire, and have finished 7 songs, but that it was more than likely not the finalized work.[11] On 25 June 2015, they announced Feel the Misery cover art, tracklist, release date and formats.[12] 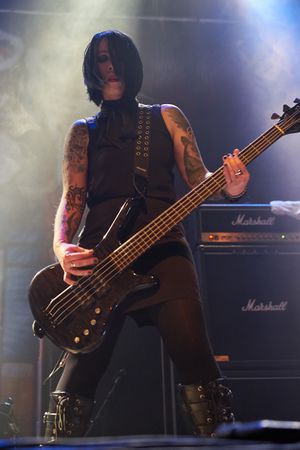 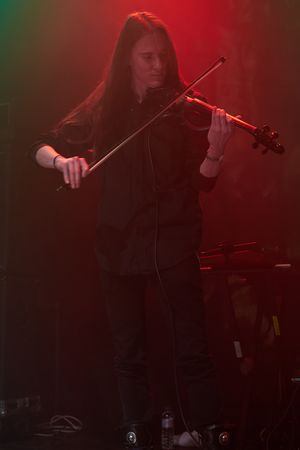 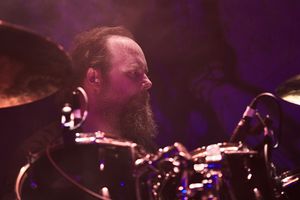