The mythopoetic men's movement refers to a loose collection of organizations active in men's work since the early 1980s, grew as a reaction to the second-wave feminist movement and aims to liberate men from the constraints of the modern world which keep them from being in touch with their true masculine nature. Sometimes mistakenly referred to simply as the men's movement, which is much broader, it is best known for the rituals that take place during their gatherings. While in the public eye in the early 1990s, the movement carries on more quietly in The ManKind Project and independent psychologico-spiritual practitioners. Mythopoets adopted a general style of psychological self-help inspired by the work of Robert Bly, Robert A. Johnson, Joseph Campbell, and other Jungian authors.[citation needed]

The leaders of the mythopoetic men's movement believe that modernization has led to the feminization of men[citation needed]. Mythopoets believe that the rise of the urban industrial society "trapped men into straitjackets of rationality, thus blunting the powerful emotional communion and collective spiritual transcendence that they believe men in tribal societies typically enjoyed" (p. 20 Messner). Most importantly, the movement seeks to restore the "deep masculine" to men who have lost it in their more modern lifestyles.[1] Other causes for the loss of the "deep masculine" include: 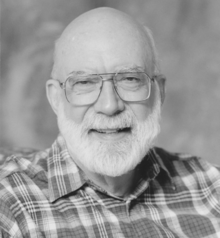 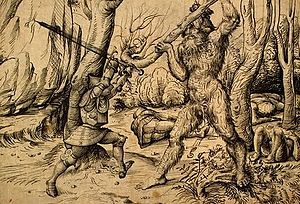 The mythopoetic men's movement spawned a variety of self-help groups and workshops, led by authors such as Robert Bly, Michael J. Meade and Robert L. Moore. Among its most famous advocates was the poet Bly, whose book Iron John: A Book About Men (1990) spent 62 weeks on The New York Times Best Seller list,[5] being an exegesis of the fairy tale "Iron John" by the Brothers Grimm. Groups of primarily white, middle-aged, heterosexual men from the professional class retreated from their female loved ones in order to join in spiritual rituals that emphasized homosociality, with the central goal of reclaiming the parts of their masculinity that they had lost called the "deep masculine."[1]

Because most men no longer perform masculine rituals, mythopoets assert that men have mutated into destructive, hypermasculine chauvinists, or, in the opposite direction, have become too feminized. The mythopoetic men performed rituals at these gatherings, which were meant to imitate those performed by tribal societies when men initiated boys into a deeply essential natural manhood. The movement emphasized the importance of including multiple generations of men in the rituals, so that the men could learn about masculinity from those who were older and wiser.[1]

Characteristic of the early mythopoetic movement was a tendency to retell myths, legends and folktales, and engage in their exegesis as a tool for personal insight. Using frequent references to archetypes as drawn from Jungian analytical psychology, the movement focused on issues of gender role, gender identity and wellness for the modern man (and woman). Advocates would often engage in storytelling with music, these acts being seen as a modern extension to a form of "new age shamanism" popularized by Michael Harner at approximately the same time. The movement sought to empower men by means of equating archetypal characters with their own emotions and abilities. For instance, Michael Messner describes the concept of "Zeus energy" as emphasizing "male authority accepted for the good of the community". Beliefs about the emotional system based in archetypes of great men, mythopoets sought to channel these characters in themselves, so that they could unleash their "animal-males". This group primarily analyzed the archetypes of King, Warrior, Magician, Lover and Wildman.[1]

Some academic work came from the movement, as well as the creation of various magazines, continuing annual conferences based on Robert Bly's vision for creative communities such as Minnesota Men's Conference and the Great Mother and New Father Conference, and non-profit organizations doing related work like the ManKind Project and Micheal Meade's Mosaic Multicultural Foundation. Mythopoetic practices among women's groups and feminists were more commonly seen as part of a more general "women's spirituality".

As a self-help movement the mythopoetic movement tends not to take explicit stances on political issues such as feminism, gay rights or family law (such as the issues of divorce, domestic violence or child custody), preferring instead to stay focused on emotional and psychological well-being. Because of this neutrality, the movement became a site of social criticism by feminists, and was often characterized as anti-intellectual as well as apolitical.[6] Michael Messner once gave a speech at a gathering, in which he addressed the dangers of celebrating the warrior, as instances of rape are higher in countries that glorify war. The mythopoets responded that they were not interested in intellectual or political pursuits, but were primarily concerned with conducting spiritual and emotional work. Additional feminist critique revolved around the movement's absence of women's perspectives, as well as the essentialism in the movement's teachings.[6][7]