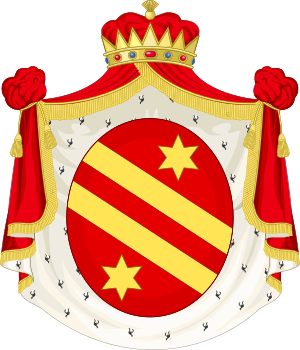 Napoléon Charles served in the French Army and saw action during the French intervention in Mexico and the Franco-Prussian War, the latter of which resulted in the downfall of the Second French Empire of his cousin, Emperor Napoléon III.

He was married in Rome on 25 November 1859, to princess Maria Cristina Ruspoli (1842–1907), daughter of Giovanni Nepomucene Ruspoli, 5th Prince of Cerveteri, and they had three daughters: