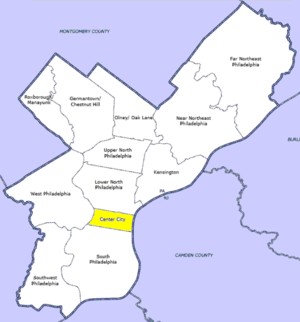 Location of Center City in Philadelphia

This is a list of the National Register of Historic Places listings in Center City, Philadelphia.