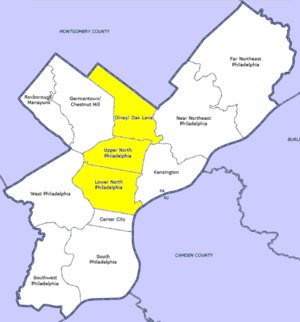 This is a list of the National Register of Historic Places listings in North Philadelphia.