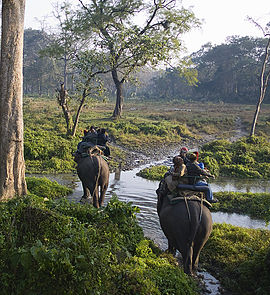 An elephant safari through the Jaldapara National Park in West Bengal, India 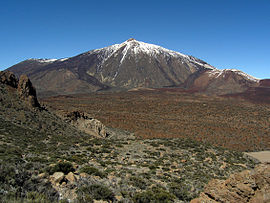 A national park is a park in use for conservation purposes. Often it is a reserve of natural, semi-natural, or developed land that a sovereign state declares or owns. Although individual nations designate their own national parks differently, there is a common idea: the conservation of 'wild nature' for posterity and as a symbol of national pride.[1] An international organization, the International Union for Conservation of Nature (IUCN), and its World Commission on Protected Areas, has defined "National Park" as its Category II type of protected areas.

While this type of national park had been proposed previously, the United States established the first "public park or pleasuring-ground for the benefit and enjoyment of the people", Yellowstone National Park, in 1872.[2] Although Yellowstone was not officially termed a "national park" in its establishing law, it was always termed such in practice[3] and is widely held to be the first and oldest national park in the world. The first area to use "national park" in its creation legislation was the US's Mackinac Island, in 1875. Australia's Royal National Park, established in 1879, was the world's third official national park.[4] In 1895 ownership of Mackinac Island was transferred to the State of Michigan as a state park and national park status was consequently lost.[5] As a result, Australia's Royal National Park is by some considerations the second oldest national park now in existence.[5][6][7]

The largest national park in the world meeting the IUCN definition is the Northeast Greenland National Park, which was established in 1974. According to the IUCN, 6,555 national parks worldwide met its criteria in 2006. IUCN is still discussing the parameters of defining a national park.[8] 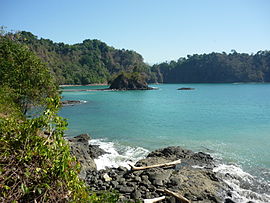 Manuel Antonio National Park in Costa Rica was listed by Forbes as one of the world's 12 most beautiful national parks.[10] 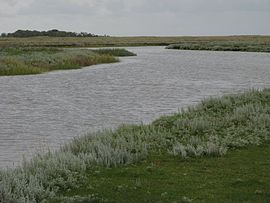 In 1969, the IUCN declared a national park to be a relatively large area with the following defining characteristics:[11]

In 1971, these criteria were further expanded upon leading to more clear and defined benchmarks to evaluate a national park. These include:

While the term national park is now defined by the IUCN, many protected areas in many countries are called national park even when they correspond to other categories of the IUCN Protected Area Management Definition, for example:[9][12] 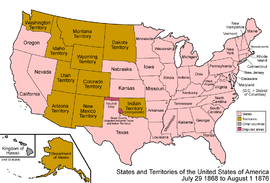 The United States in 1872. When Yellowstone was established, Wyoming, Montana and Idaho were territories, not states. For this reason, the federal government had to assume responsibility for the land, hence the creation of the national park.

In 1810, the English poet William Wordsworth described the Lake District as a[13]

The painter George Catlin, in his travels through the American West, wrote during the 1830s that the Native Americans in the United States might be preserved[14]

(by some great protecting policy of government) ...in a magnificent park ...A nation's Park, containing man and beast, in all the wild and freshness of their nature's beauty!

The first effort by the Federal government to set aside such protected lands was on April 20, 1832, when President Andrew Jackson signed legislation that the 22nd United States Congress had enacted to set aside four sections of land around what is now Hot Springs, Arkansas, to protect the natural, thermal springs and adjoining mountainsides for the future disposal of the U.S. government.[15][16][17] It was known as Hot Springs Reservation, but no legal authority was established. Federal control of the area was not clearly established until 1877.[15] 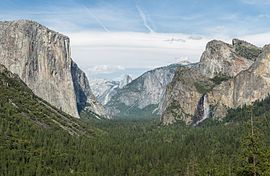 John Muir is today referred to as the "Father of the National Parks" due to his work in Yosemite.[18] He published two influential articles in The Century Magazine, which formed the base for the subsequent legislation.[19][20]

President Abraham Lincoln signed an Act of Congress on July 1, 1864, ceding the Yosemite Valley and the Mariposa Grove of Giant Sequoias (later becoming Yosemite National Park) to the state of California. According to this bill, private ownership of the land in this area was no longer possible. The state of California was designated to manage the park for "public use, resort, and recreation". Leases were permitted for up to ten years and the proceeds were to be used for conservation and improvement. A public discussion followed this first legislation of its kind and there was a heated debate over whether the government had the right to create parks. The perceived mismanagement of Yosemite by the Californian state was the reason why Yellowstone at its establishment six years later was put under national control.[21][22] 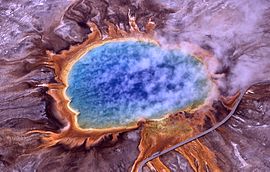 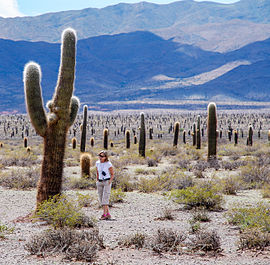 In 1872, Yellowstone National Park was established as the United States' first national park,[23] being also the world's first national park. In some European countries, however, national protection and nature reserves already existed, such as Drachenfels (Germany, 1822) and a part of Forest of Fontainebleau (France, 1861).[24]

Yellowstone was part of a federally governed territory. With no state government that could assume stewardship of the land so the federal government took on direct responsibility for the park, the official first national park of the United States. The combined effort and interest of conservationists, politicians and the Northern Pacific Railroad ensured the passage of enabling legislation by the United States Congress to create Yellowstone National Park. Theodore Roosevelt, already an active campaigner and so influential, as good stump speakers were highly necessary in the pre-telecommunications era, was highly influential in convincing fellow Republicans and big business to back the bill.

National parks are the best idea we ever had. Absolutely American, absolutely democratic, they reflect us at our best rather than our worst.

In his book Dispossessing the Wilderness: Indian Removal and the Making of the National Parks, Mark David Spence made the point that in order to create these uninhabited spaces, the United States first had to disposess the Indians who were living in them.[26]

The world's first national park service was established May 19, 1911, in Canada.[30] The Dominion Forest Reserves and Parks Act placed the dominion parks under the administration of the Dominion Park Branch (now Parks Canada). The branch was established to "protect sites of natural wonder" to provide a recreational experience, centered on the idea of the natural world providing rest and spiritual renewal from the urban setting.[31] Canada now has the largest protected area in the world with 377,000 km² of national park space.[32] In 1989, the Qomolangma National Nature Preserve (QNNP) was created to protect 3.381 million hectares on the north slope of Mount Everest in the Tibet Autonomous Region of China. This national park is the first major global park to have no separate warden and protection staff—all of its management being done through existing local authorities, allowing a lower cost basis and a larger geographical coverage (in 1989 when created, it was the largest protected area in Asia). It includes four of the six highest mountains Everest, Lhotse, Makalu, and Cho Oyu. The QNNP is contiguous to four Nepali national parks, creating a transborder conservation area equal in size to Switzerland.[33]

Countries with a large nature-based tourism industry, such as Costa Rica, often experience a huge economic effect on park management as well as the economy of the country as a whole.[35]

Tourism to national parks has increased considerably over time. In Costa Rica for example, a megadiverse country, tourism to parks has increased by 400% from 1985 to 1999.[35] The term national park is perceived as a brand name that is associated with nature-based tourism and it symbolizes "high quality natural environment and well-design tourism infrastructure".[36]

The duties of a park ranger are to supervise, manage, and/or perform work in the conservation and use of Federal park resources. This involves functions such as park conservation; natural, historical, and cultural resource management; and the development and operation of interpretive and recreational programs for the benefit of the visiting public. Park rangers also have fire fighting responsibilities and execute search and rescue missions. Activities also include heritage interpretation to disseminate information to visitors of general, historical, or scientific information. Management of resources such as wildlife, lakeshores, seashores, forests, historic buildings, battlefields, archeological properties, and recreation areas are also part of the job of a park ranger.[37] Since the establishment of the National Park Service in the US in 1916, the role of the park ranger has shifted from merely being a custodian of natural resources to include several activities that are associated with law enforcement.[38] They control traffic and investigate violations, complaints, trespass/encroachment, and accidents.[37]