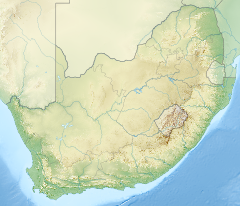 The Nedbank Golf Challenge, previously known as the Million Dollar Challenge, is an annual men's professional golf tournament played at the Gary Player Country Club in Sun City, North West province, South Africa. Originally it was not an official money event for any of the major tours, but it became an official tournament for the Sunshine Tour and European Tour in 2013. Like many high profile unofficial tournaments in professional golf, it takes place between the conclusion of the PGA Tour in early November, and Christmas. It usually attracts many of the world's highest ranked players.

The tournament was a 12-player invitational stroke play event, with the field being made up of defending champion, the Sunshine Tour order of merit winner, the four major winners and then completed with the top players in the Official World Golf Rankings following the U.S. PGA Championship. In 2006, the tournament carried World Rankings points for the first time since 1999.[1] In 2013 it was expanded to 30 players: the defending tournament champion; the top 10 PGA Tour FedEx Cup players, the top 10 European Tour Race to Dubai players; the Sunshine Tour, Asian Tour, Japan Golf Tour and PGA Tour of Australasia Order of Merit winners; the Alfred Dunhill Championship winner; and the top 5 South African players in the World Rankings.

From 2000 to 2002 the first prize was increased to US$2 million, but the following year the winner's share of the total prize fund was reduced from more than half to around 30%. The standard winner's share on the PGA Tour is 18% and on the European Tour it is 16.67%. In 2006 the winner received $1.2 million out of a total purse of US$4.385 million, so the prize distribution is now not far from the normal pattern for a professional tournament, once allowance is made for the small size of the field. That US$2 million first prize remains the largest in professional golf, but was matched in 2011 by the Lake Malaren Shanghai Masters.

From 2010 to 2012, a separate tournament for senior golfers was held concurrently and called the Nedbank Champions Challenge.[2]

As a European Tour event

Prior to European Tour sanctioning