There are more than 200 neighborhoods in Chicago,[1] but there is no official list of the city's neighborhoods or their boundaries.[2] Neighborhood names and identities have evolved over time due to real estate development and changing demographics.[3] Chicago is also divided into 77 community areas which were drawn by University of Chicago researchers in the late 1920s.[4] Chicago's community areas are well-defined, generally contain multiple neighborhoods, and are less commonly used by city residents.[3][5] 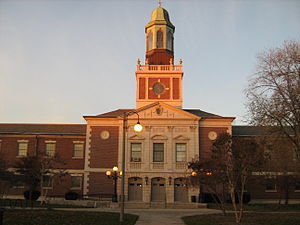 The Town Hall in Austin. 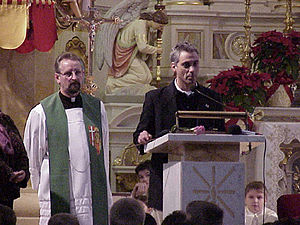 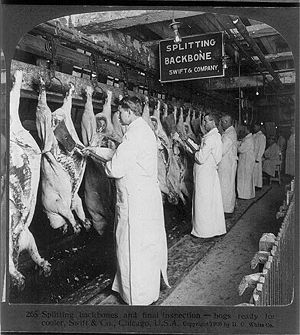 The Back of the Yards neighborhood derived from the Union Stockyards, at one time a significant employer in Chicago . Upton Sinclair's 1906 novel The Jungle, revolves around the life of a Lithuanian immigrant working the Stockyards named Jurgis Rudkus.
File:WhiteEagleBrewingCompany.jpg
The now-demolished plant of the White Eagle Brewing Company was in Bridgeport and designed by architect John S. Flizikowski.

Victory Monument and Ida B. Wells-Barnett House in Bronzeville 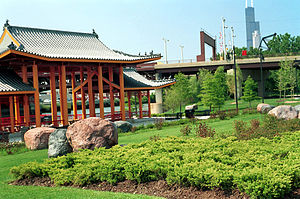 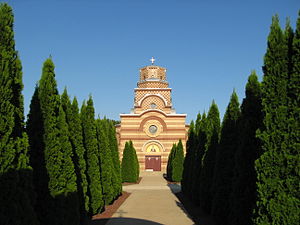 St. Simeon Mirotočivi, a Serbian Orthodox church located on the East Side. 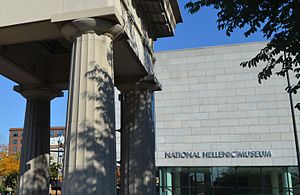 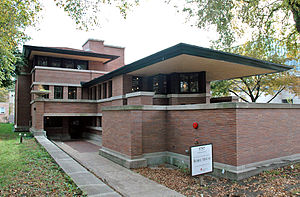 The Robie House in Hyde Park is a Frank Lloyd Wright design. 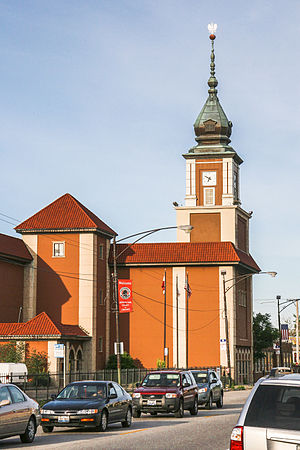 The Gateway Theatre's Solidarity Tower in Jefferson Park is a replica of the Royal Castle in Warsaw. 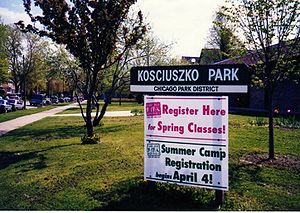 "The Land of Koz" is a nickname for the tongue-twisting proper designation of the neighborhood of Kosciuszko Park. 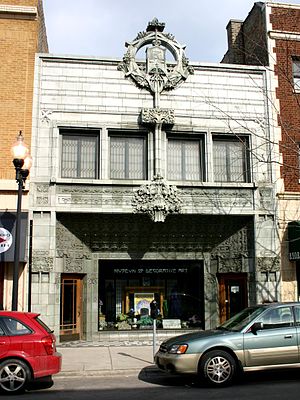 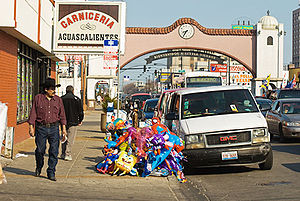 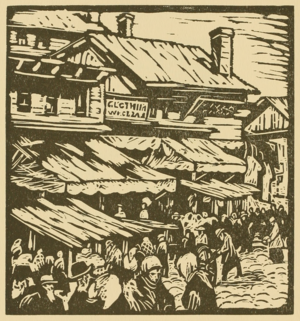 A woodblock print (1925) of Maxwell Street by Todros Geller. 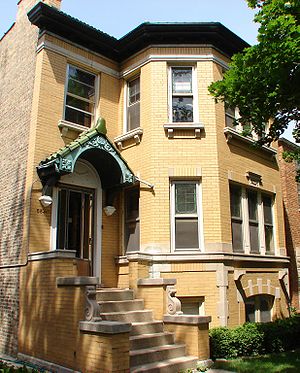 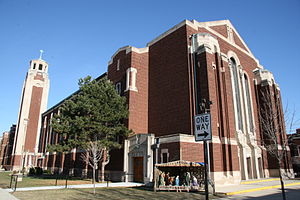 Wacławowo is derived from the Polish name for the church of St. Wenceslaus. Photographer Richard Nickel was married here in 1950.

The intersections of North Ave, Damen and Milwaukee in 2010 in Wicker Park.
File:Wrigley field 720.jpg
Wrigley Field, from which Wrigleyville gets its name, is home to the Chicago Cubs baseball team.