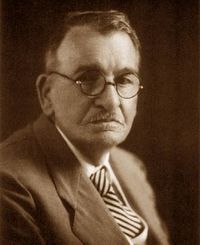 Neil Gordon Munro (1863 – 1942) was a Scottish physician and anthropologist. Resident in Japan for almost fifty years, he was notable as one of the first Westerners to study the Ainu people of Hokkaido.

Educated in the University of Edinburgh Medical School M.B., C.M. 1888 and M.D. 1909, he traveled in India before settling in Yokohama as director of the General Hospital in 1893. From 1930 until his death he lived among the Ainu in Nibutani village in Hokkaido. Film footage he took of the local people survives.