Neill Blomkamp (born 17 September 1979) is a South African-Canadian film director, film producer, screenwriter, and animator. Blomkamp employs a documentary-style, hand-held, cinéma vérité technique, blending naturalistic and photo-realistic computer-generated effects. He is best known as the co-writer and director of the critically acclaimed and financially successful science fiction film District 9 and the dystopian science fiction film Elysium, which garnered moderately positive reviews and a good box office return. He is also known for his collaborations with South African actor Sharlto Copley. He is based in Vancouver, British Columbia.

Time named Blomkamp as one of the 100 Most Influential People of 2009.[1] Forbes magazine named him as the 21st most powerful celebrity from Africa.

Blomkamp was born in Johannesburg, South Africa. At the age of sixteen, he met Sharlto Copley, who had also attended Redhill High School in Johannesburg. Copley provided Blomkamp with the use of computers at his production company, for Blomkamp to pursue his passion and talent for 3D animation and design. In return, Blomkamp assisted Copley in creating 3D work for pitches on various projects. Blomkamp was 18 when he moved to Vancouver with his family, where he enrolled in Vancouver Film School.

In 2003, he was hired to illustrate photo-realistic future aircraft for Popular Science's "Next Century in Aviation". In 2004, he illustrated "The Future of the Automobile".[2] Blomkamp worked as a visual effects artist at The Embassy Visual Effects in Vancouver as well as at Rainmaker Digital Effects, and was signed by Toronto commercial house Spy Films.[citation needed] Blomkamp directed a trilogy of live-action short films in 2007, known collectively as Landfall. They were set in the Halo universe, to promote the release of Halo 3.

Blomkamp was then slated to direct his first feature-length film, an adaptation of the Halo series of video games, produced by Peter Jackson. Jackson came to know of Blomkamp after viewing a reel of his commercial work and shorts, shot in his off time. The four shorts that got him noticed included: Tetra Vaal, a faux advertisement for a third-world robotic police that established Blomkamp's signature style of mixing lo-fi production with seamless CGI; Alive in Joburg, a gritty "documentary" about extraterrestrials marooned in Johannesburg; Tempbot, an Office Space-esque spoof; and Yellow, a short film based on the colour yellow for Adidas' "Adicolor" campaign by digital studio IDEALOGUE, which portrays a globe-trotting android gone rogue.

Blomkamp has admitted since that the Halo pre-production was a nightmare, and relations between 20th Century Fox and Blomkamp severely disintegrated before the project's end.[3] When funding for the Halo film collapsed,[4] Peter Jackson decided to produce District 9 instead, an adaptation of Blomkamp's earlier short film Alive in Joburg, which had been produced by Hansen and Copley. The film, directed by Blomkamp, starring Copley, and co-written with Blomkamp's wife and production partner Terri Tatchell, was released in mid-August 2009 to widespread critical acclaim.[5] District 9 was later nominated for the 2009 Academy Award for Best Picture, along with nominations for Best Visual Effects, Editing, and Adapted Screenplay.

On October 2010, a video released on the iPad version of Wired Magazine was credited to Neill Blomkamp. It shows an amateur recording of two young men who find a dead mutated creature in a puddle of mud while driving down a countryside road. The creature, a dog-sized mix between a pig and a lizard, presents a tattooed seal on its side that reads "18.12 AGM Heartland Pat. Pend. USA".[6] Also, "AGM Heartland" was trademarked for its use in an entertainment-oriented website. On 20 February 2012, a 23-second video clip titled "IS IT DEAD?" appeared on YouTube, featuring Yolandi Visser, of the South African group Die Antwoord, crouching over the creature.[7] Blomkamp admitted that he was still interested in making a Halo film in April 2013.[8]

After Elysium, he started work on his next sci-fi film, Chappie, in April 2013. The film was based on his own short, Tetra Vaal.[9][10] Blomkamp directed and Sony Pictures Entertainment (Columbia Pictures) and Media Rights Capital co-produced and co-financed the film, which was released March 2015.[11]

In early 2015, Blomkamp posted several pictures to his Instagram page that showed concept art for an Alien film he might have been working on.[12] Included in the art is Ripley and Hicks, a ship bearing resemblance to The Derelict from the 1979 Alien, and a concept Xenomorph.[13] In a February 2015 interview with Collider, he stated that he planned the Alien sequel with Sigourney Weaver in the lead role as Ellen Ripley.[14] On 18 February 2015, Blomkamp himself confirmed that the Alien film will be his next project.[15] In March 2015, he confirmed that he planned more than one sequel to the Alien franchise.[16] The project was shelved in October 2015, pending the outcome of Ridley Scott's second prequel installment, Alien: Covenant.[17] 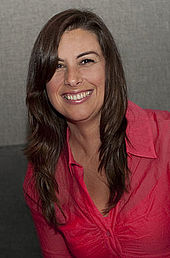 Blomkamp is married to Terri Tatchell, a Canadian screenwriter, best known for co-writing the screenplay of District 9.[18] She was nominated for Best Adapted Screenplay together with him at the 82nd Academy Awards.[19]

Critical, public and commercial reception to films Blomkamp has directed: