The state of Nevada has had 22 political parties over the years.[2] Only six of these parties lasted up until the 2004 elections. These six parties are the Democrats, Republicans, Independent Americans, Greens, Natural Law Party and Libertarians. The Democratic Party and the Republican Party remain as the top two in the state.

With the help of Abraham Lincoln in 1864, Nevada became the 36th state in America. Lincoln’s Republican influence was considerable among the Nevada state citizens during his presidency. The first two general elections in Nevada, held in 1864 and 1867, were dominated by the Republican Party. In 1871, the Democratic Party started to gain momentum and won four of the six constitutional offices: governor, lieutenant governor, state treasurer and attorney general.

The current platform for the party was ratified in 2010. The topics that are covered are standard to the Democratic Party. Armed service/veterans, civil rights, education, elections and government, environment and energy, foreign policy, jobs and the economy and working Nevadans are the areas that are discussed.[3]

The party has a formal set of by-laws that form the party structure. These by-laws contain nine articles with many sections in each article. A summary of each article is listed below.[4]

Article I- The Democratic Party of the State of Nevada

Article I discusses the party’s role in being a political party. The NSDP assists in the election of local, state, and national Democratic candidates, adopts statements of policy, gives equal opportunities for people wanting to be members of the Democratic party, raises and disburses money that is needed for continuing the NSDP, and works with other Democratic officials to achieve these goals.

Article V states that organizations that are affiliated with the NSDP are authorized to abide by the charters and by-laws given in the following articles. This article also describes how a county exceeding a population of 100,000 can align with other counties to form District Central Committees.

Article VI discusses delegates, who get to elect them, and when the delegates can be elected. The article also mentions that all organizations that coincide with the NSDP are allowed to have by-laws and charters so long as they do not interfere with the by-laws of the NSDP.

In Article VII, the NSDP accepts all people, who are Democrats, to be a member of the organization. No discrimination is allowed in the party. The NSDP requires that affiliated organizations adopt a diversity program to promote diversity within a given organization.

Article VII states that all charters made and proposed in the NSDP must adhere to the by-laws and charters of the Democratic Party of the United States. The article mentions that all meetings of the NSDP are open to the public unless the meeting is voted into an executive session. All meetings must have proper documentation and available to the public when asked to view the documents.

Article IX is about amendments, bylaws, and rules. All amendments added to the charter must be approved by a majority vote or 2/3 vote of the members present during the time of voting. The NSDP and SCC must maintain copies of their own current rules and make them available upon request. 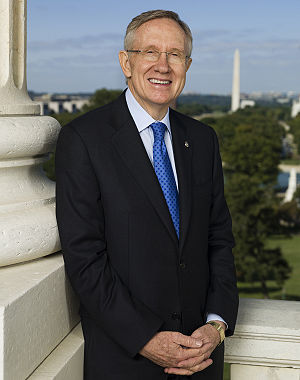