The New York Republican State Committee established 1855, is an affiliate of the United States Republican Party (GOP). Its headquarters are in Albany, New York.[1]

The purpose of the committee is to nominate Republican candidates for election to New York state and federal political roles.[2] It also formulates Republican Party policy on New York State issues and assists its nominees in their election campaigns. 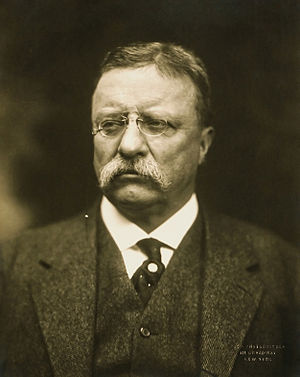 The New York Republican State Committee was established in 1855, one year after the founding of the "Republican Party" by William H. Seward and Thurlow Weed.[2] Initially, the committee met every three years to plan the Republican National Convention and it occasionally met during the election campaigning periods.

The establishment of the Republican Party in New York in the 1850s was a difficult task. At the time, the nativist American Party, (a party evolved from the Know Nothing Party) was active. However, the committee presented nominees from a party with well-recognized members, a defined set of principles, stable, powerful, well-known leaders and a well established structure. The committees nominees were first successful in 1856.[3] Around 1894, when immigration was at its peak, the New York State Constitution created a clause which caused upstate New York to have reappointed districts so that there would be more votes per district. This gave native New Yorkers more votes than immigrants. It was not until 1974 that the US Supreme Court deemed this clause unconstitutional. This created a turmoil in the politics of New York because the Republican party lost its hold on the state legislature.[2]

Until 1911, the New York Republican State Committee nominated its candidates through a primary or caucus system. This system meant the average voter had very little input as to who would be their choice for the state and federal offices. This system was taken out of practice after the passing of the Direct Primary Law in 1911, which allowed for more input from those present at the primary.[2] 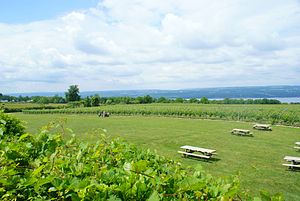 The committee, like its national body, promotes agriculture as an industry to strengthen the state economy via its "flow on" effect. It cites the benefits to employment, small business and the food industry as well as development of arable land for marketing.[4]

Senator Andrew Lanza, the chairman of the Ethics Committee, sponsored the Public Integrity Reform Act of 2011 which was signed into law in the week of August 14, 2011. The Act focuses on financial disclosure of businesses and lobbyists and penalties for non-compliance.[5]

The committee promotes PACE financing for the purchase of clean energy infrastructure by New York citizens. Up front costs may be diffused over many years.[6]

The committee supports the construction of a smart grid in New York to provide cost and efficiency benefits in the supply of power.[6] 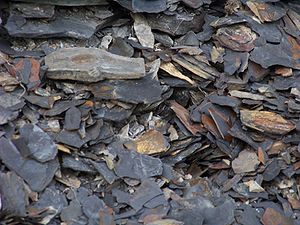 The New York Republican State Committee encourages the use of marcellus shale in southern New York for extraction of natural gas. In 2008, Governor David Paterson approved the extension of the drilling area and protections for property owners[7]

The committee agreed with the passing of the bipartisan "Job Creation and Retention Package" on 19 January 2011, where concessions were given to small business employers.[8][9] The committee proposed a cap on school property tax excluding new properties.[10]

New York State has 62 counties. Every two years, in each county, Republicans elect a "Republican County Committee". The chair of each county committee is the face of the Republican Party in that county. New York also has 150 Assembly districts. Republicans elect one male and one female leader in each district. The district leaders form the executive committee of the respective county committee. The chair and the executive committee seek new party members; control local finances; find candidates to run for public office and choose the nominee (unless both candidates have petitioned enough signatures to trigger a primary).[2]

The New York Republican Party holds a majority in the New York State Senate and 9 of the state's 27 U.S. House seats.