Nicholas Ludford (c. 1485 – c. 1557) was an English composer of the Tudor period. He is known for his festal masses, which are preserved in two early-16th-century choirbooks, the Caius Choirbook at Caius College, Cambridge, and the Lambeth Choirbook at Lambeth Palace, London, along with those of the older composer Robert Fayrfax (1462–1521), with whom his music is often associated. Ludford's composing career, which appears to have ended in 1535, is seen as bridging the gap between the music of Fayrfax and that of John Taverner (1495–1545).[1] Music scholar David Skinner has called Ludford "one of the last unsung geniuses of Tudor polyphony".[1] In his Oxford History of English Music, John Caldwell observes of Ludford's six-part Mass and Magnificat Benedicta that it "is more a matter of astonishment that such mastery should be displayed by a composer of whom virtually nothing was known until modern times".[2]

Ludford's early career is undocumented, but his date of birth has been estimated at around 1485 on the basis of his acceptance into the Fraternity of St Nicholas, a guild of parish clerks in London, in 1521. He does not seem to have taken a university degree. Sometime after 1500, Ludford became established as a singer at St Stephen's College, Westminster, adjacent to Westminster Palace. When Henry VIII shut the college down in 1547 as part of the Dissolution of the Monasteries, Ludford was listed as a verger. He was given a pension, which he last drew in 1556, suggesting that he died in 1557.[1] 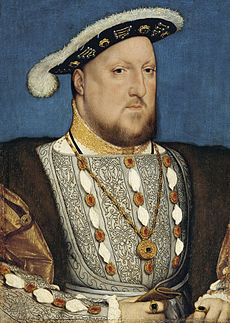 Unlike some composers of the period, such as Thomas Tallis (c. 1505–1585) and John Sheppard (c. 1513–1558), Ludford does not seem to have adapted his style to the demands of the English Reformation, and no compositions are recorded under his name after about 1535. The reasons for this apparent silence are not known.[1]

Ludford's musical style is notable for the abundance of melody and for the imaginative use of vocal texture.[1] Like John Taverner, Ludford sought an effect of exuberance and grandeur, and his work has been described as containing "florid detail".[3] In the view of John Caldwell, though Ludford's music is less versatile than Taverner's, it is more experimental. Caldwell regards Ludford as the equal of Taverner in contrapuntal skill and in sensitivity to the human voice.[2]

Ludford wrote 17 known masses, a greater number than any other English composer of the time. Three of these are now lost and three survive only in fragments. All Ludford's masses begin with a "head-motive", a similar passage at the beginning of each section.[2] His cycle of seven three-part Lady Masses (masses sung in honour of the Virgin Mary) is unique.[3] These masses were part of a manuscript collection that once belonged to Henry VIII and his Roman Catholic queen, Catherine of Aragon.[3] The Lady Masses were presumably written to be sung daily at St Stephen's.[2]

The few contemporary references to Ludford suggest that he was a private and highly religious man. He was not renowned in his own day, and his work cannot be identified with any of the major events of the time.[1] In 1597, the Elizabethan composer Thomas Morley (c. 1557–1602), in his Introduction to Practicall Music, noted Ludford as an "authority"; but in the 17th century Ludford's music was neglected and finally forgotten.[1] In 1913, scholar H. B. Collins drew attention to Ludford, whose unpublished masses were then being sung by the choir of Westminster Cathedral under Sir Richard Terry. In the 1960s and 1970s, scholar John Bergsagel published Ludford's complete masses and wrote commentaries on his work.[1] The first recordings of Ludford's works, in editions by David Skinner, were made in 1993–95 by The Cardinall's Musick under Andrew Carwood.