Nigel Foster (born 17 October 1952) is an English sea kayaker, kayak designer, instructor and author. He is the first and youngest paddler to circle Iceland by kayak.[1]

Foster started paddling in Brighton, England when he was 15 in a skin-on-frame kayak. At Burwash Place Outdoor Activity Centre, Burwash, Sussex, England, Foster learned to handle whitewater, sea kayaking and surf kayaking. From 1971 to 1972 he was employed there as a "trainee instructor". He enjoyed the mix of Outdoor Activity instruction and Environmental Studies education and decided to pursue this as a career. He attended a three-year teachers training course at Redland College, Bristol, and gained classroom experience with two years teaching at a school in Buckinghamshire.

In 1977, after his Iceland circumnavigation, Foster was employed by East Sussex County Council to teach as "instructor/teacher" at Burwash Place. Later in 1977 he was promoted to deputy warden.

The tidal range in this area may exceed 40 feet while tidal streams may run at more than seven knots. After fighting the tidal streams in the dark near the Button Islands, suffering frostbitten fingers and loss of gear, Foster eventually gave up on this expedition. He was able to catch a ride on an oil tanker that happened to have taken shelter behind Killiniq Island Lua error in Module:Coordinates at line 668: callParserFunction: function "#coordinates" was not found.. The trip was described by the editor of the BCU Canoeing Handbook in 1989 as "arguably the most impressive of any sea kayak adventure in the world."[3]

After his return to England – from 1982 to 1985 – he worked as an instructor at the Plas Menai, National Water Sports Centre, North Wales, primarily instructing kayaking, canoeing, boardsailing, mountaineering, with a little water-skiing, and sailing, gaining the following British Canoe Union (BCU) national qualifications in these fields.[4]

He also served for many years on the BCU Sea Touring Committee, and the BCU Expeditions Sub-Committee. 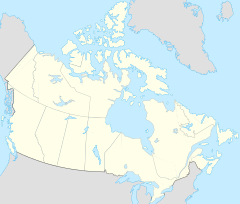 In 1985 he left for Iceland for six weeks, helping an expedition group from Cambridge with logistics and leading the kayaking component. He returned to start his own kayaking business.[5][6] He taught local groups in Denmark, Sweden, Iceland, Finland, Canada and the United States.

The design label "Foster Rowe" emerged for a while as a collaboration with two other top kayak coaches, (Andy Middleton & Ray Rowe) [7] with products such as paddling jackets, personal flotation devices (PFDs) and tow-systems designed for leading edge performance.[8]

Subsequently working alone, the "Nigel Foster" signature paddle blade was released by Nimbus in Canada,[9] and Foster worked in a design/consultant capacity with companies including Liquidlogic, Bending Branches and Extrasport in USA. (e.g. ExtraSport Tow-system).

In 2008, at the 6th Annual Induction Ceremony, Nigel Foster was inducted into the International Halls of Fame: Bicycling, Rowing, Canoeing, Kayaking as a Kayaker.[11]

Since 2007 Foster has been the head of research and development at Point65. In addition to designing products forPoint65, He also acts as a spokesperson and assists the company with PR, marketing and special events.[12] Foster presently lives in Seattle, WA with his wife Kristin Nelson. 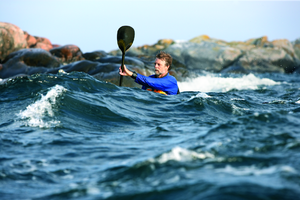 The "Whisky Series" produced by Point65