North Braddock is a borough in Allegheny County, Pennsylvania, United States. North Braddock was organized from a part of Braddock Township in 1897. The borough prides itself in being the "Birth Place of Steel" as the home of Andrew Carnegie's Edgar Thomson Steel Works that opened in 1875. North Braddock is a suburb 11 miles (18 km) east of Pittsburgh with a 15-minute travel time to the city. The borough is located in the valley along the Monongahela River, and is made up of three jurisdictional voting wards.

In 1742 a Scottish trader named John Fraser from eastern Pennsylvania acquired land at the location of the current Edgar Thomson Steel Works from Queen Aliquippa and the Lenape people. Fraser settled his family on the location, and in 1753 Christopher Gist and General George Washington met with Fraser while delivering messages from Governor Robert Dinwiddie of Virginia to French commanders in the Pittsburgh region. Dinwiddie urged the French commanders to withdraw from the Pittsburgh area. Fearing that a conflict was on the horizon, Fraser returned to Philadelphia in 1754.

In 1755 General Edward Braddock and British troops left Virginia and used Fraser as the guide with General Washington as the aide on the expedition. The objective of the expedition was to expel the French at Fort Duquesne. It was on July 9, 1755, when the British troops arrived at Frazier's cabin to be met with gunfire from the French troops. During the battle Braddock was wounded, dying on July 13, 1755, in nearby Uniontown. The area where Braddock was shot became known as Braddock's Field. Historical markers identify the site on present-day Jones Avenue across from Benjamin Fairless School. Braddock's Battlefield History Center commemorates this battle.[2]

During the late 18th century farming was prevalent in the North Braddock area with the nearby Monongahela River used for trade. Whiskey became a very profitable product to trade, with much being sent to the New Orleans area. In 1794 a whiskey tax was created, drawing in protest over 8,000 settlers from western Pennsylvania to the North Braddock area, as part of the Whiskey Rebellion. The angry settlers would not disperse easily, and President Washington led an army to suppress the rebellion.

The British commander of Fort Pitt, Captain Edmondstone, had signed a grant of 328 acres (1.33 km2) of land from King George of England to Peter Rowletter. Once the French and Indian War was over, Rowletter sold the land to Pittsburgh judge George Wallace, who bought around 328 acres (1.33 km2) of land, including part of Braddock's Field, on March 4, 1791. Here Wallace built a mansion as his summer home. Later the Marquis de La Fayette visited the country as the Guest of the Nation, and while doing so he stopped by Judge Wallace's mansion on May 28, 1825. After Wallace's death the home was left to his nephew who lost the property to a sheriff sale. The Wallace mansion would be used as a boarding school called the Edgeworth Ladies Seminary during the 1830s.

In 1835 the first coal mine opened between the hills near Sixth Street. During the 19th century the railroad industry was expanding across the country. Andrew Carnegie, with the increasing demands in steel for the railroad, began to build his first steel mill in 1872, named for John Edgar Thomson, the president of the Pennsylvania Railroad. By 1873 the demand for steel for the railroad had decreased, and the construction of the mill was halted. Good news came though when Carnegie secured a $2 million loan and finished the steel mill to roll its first steel under the supervision of superintendent William R. Jones. The mill would go on to expand, and in 1880 the first blast furnace was used at the Edgar Thomson Steel Works.

During 1897, East Pittsburgh tried to annex the land around the mill of North Braddock, known as Bessemer, that was part of Braddock Township. Residents of Shady Park village (3rd ward) and of Wolftown (1st ward) came together to hold meetings on stopping East Pittsburgh from annexing the land near the mill known as Braddock's Field. William Yost serving as North Braddock's attorney petitioned the Quarter Sessions of Allegheny County that Shady Park and Wolftown would join as one town, also incorporating Braddock's Field. During the meetings 317 of 510 property owners signed an agreement helping Judge Kennedy make his ruling to form a new town. On Monday, April 26, 1897, North Braddock was incorporated as a borough. Judge Kennedy of the Quarter Sessions Court of Allegheny County made the ruling and ordered the decree for the new borough. The first election of officials was to be held on May 18, 1897. The winners of the election included the burgess Henry Anderson, councilmen Joseph Wallace, John Walberg, John Maxwell, WJ Vance, Thomas Clark, J Grant Anderson, Fred Edwards, tax collector John Hutzen, and school directors Jones, Johnson, Scott, Colmey, Crossey, and Anderson.

North Braddock celebrated its borough centennial with a festival of events in June 1997. 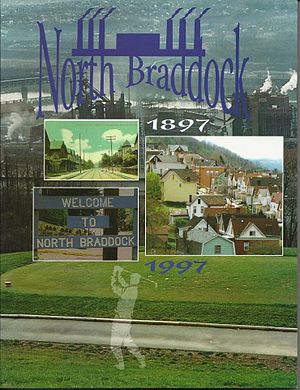 North Braddock is located at Lua error in Module:Coordinates at line 668: callParserFunction: function "#coordinates" was not found. (40.405025, -79.856500).[3] It occupies a slope of terrain between Braddock, which touches the Monongahela River, and East Pittsburgh, which occupies the highest ground. 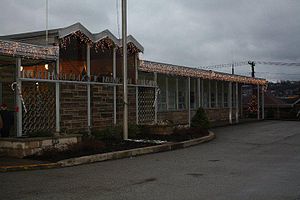 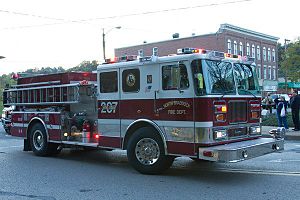 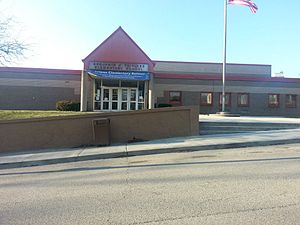 The North Braddock School District merged into the General Braddock Area District with Braddock & Rankin in the 1970s. 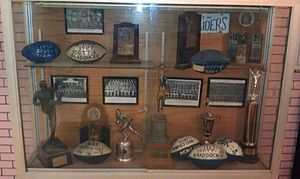 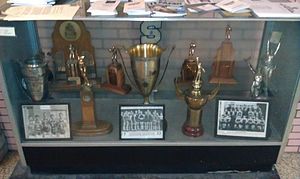